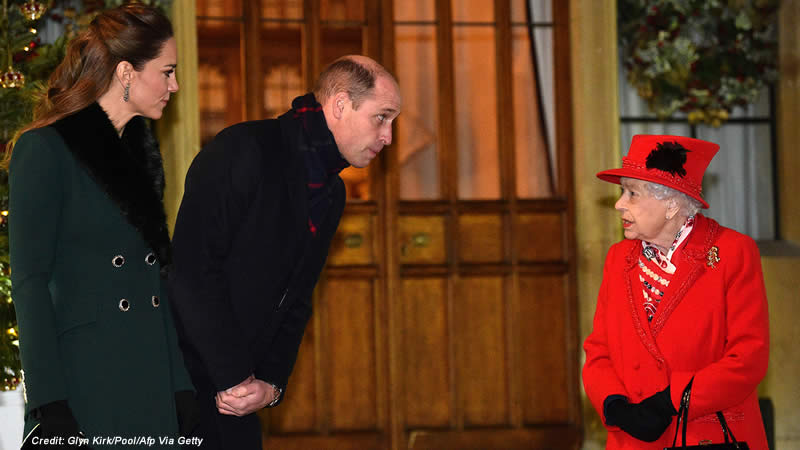 Is Queen Elizabeth moving to Kensington Palace with Prince William and Kate Middleton? According to one tabloid, the royal family is in confusion as a result of a recent security breach. Here’s what we know so far about Her Majesty’s new living arrangement.

Woman’s Day reports this week that Queen Elizabeth no longer feels safe in Buckingham Palace after an armed intruder breached the palace grounds and got dangerously close to her living quarters. But Prince William and Kate Middleton will not leave Her Majesty to fret.

Apparently, the Duke and Duchess of Cambridge have plans to move the queen into an apartment right next to their own in Kensington Palace. “It makes perfect sense, really,” an insider begins. “With Prince Phillip gone, she’s alone, aside from a handful of trusted staff, rattling around Buckingham Palace and Windsor Castle — which, due to its sheer size, is terribly difficult to protect.

William and Catherine have been worried about her long before an intruder shook everyone up.” It wasn’t a coincidence that the Cambridges had a newly renovated neighboring apartment ready to go. The flat was apparently prepared for Prince Harry and Meghan Markle to move into following their wedding in 2018.

But, of course, things didn’t go according to plan. “It turned out to be a very expensive mistake,” the tipster explains. “Harry and Meghan fell out with the Cambridges and refused to live next door to them, so the decision was made to send them to Frogmore Cottage instead.

It was thought that apartment might be saved for Prince George when he’s of age, but in the meantime, it stands empty. It would be ideal for the Queen.” This story does not hold any water to us. First and foremost, if the queen is truly escaping the palace for her own safety, why would anyone close to her share that information? Wouldn’t revealing the location of the queen’s residence endanger her?

That fact alone proves that this story did not arise with anyone close to the royals. Furthermore, how did a story about the queen’s relocation devolve into a smear campaign against Meghan Markle? There’s no evidence that the Sussexes ever intended to live next door to the Cambridges, so it’s unclear why this “insider” felt the need to include that details. Overall, this story appears to be highly doubtful.

It’s safe to say that until there’s actual evidence to back up this story, it’s all just conjecture. This isn’t the first time we’ve caught Woman’s Day spreading misinformation about the royals. The tabloid claimed in 2021 that the entire royal family was furious at the Sussexes for naming their daughter after the queen.

The outlet then reported that Queen Elizabeth had directed Harry to come back his son Archie to the United Kingdom. Furthermore, the publication claimed that Prince Charles and Prince William have not stripped Prince Harry of his titles because they are afraid of him. Woman’s Day is obviously unreliable when it comes to any member of the British Royal family.