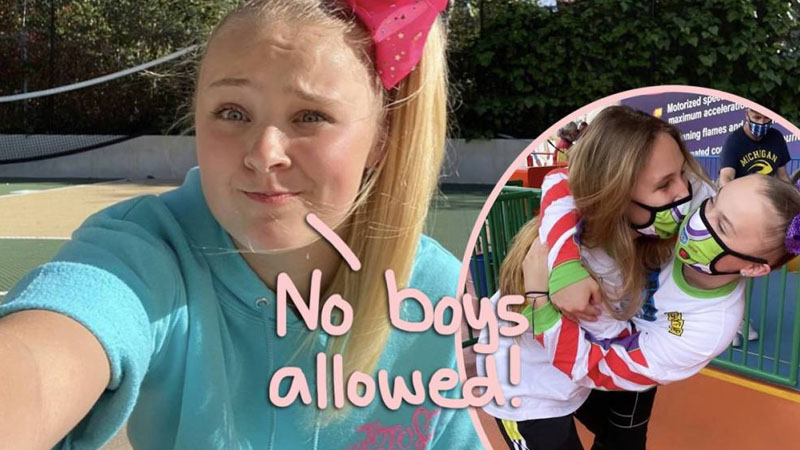 The YouTube sensation is set to star in Bounce, the film adaptation of the Megan Shull book about a girl who wishes to trade families around the holidays. Siwa plays the main character whose wish is granted as she tries out different families on Christmas Eve over and over.

It is to be noted that Siwa spoke to Entertainment Weekly (EW) for its Pride digital cover and discussed publicly coming out as part of the LGBTQ community earlier this year in January.

“I’m madly in love and I do not want to kiss another human, especially because it’s a man,” she told Entertainment Weekly. Siwa made her relationship with her girlfriend Kylie Prew Instagram official with a photo of them holding hands in February.

The Dance Moms star is concerned that her young fan base won’t be able to differentiate between her real-life persona and her on-screen character in the Christmas themed flick. “That’s what they look at me as, not some character, not some fictional thing. And so it’s going to be a little weird,” she added. “I’m not about it. I’m trying to get it pulled so bad. It’ll happen. It’ll get pulled.”

Siwa has been on-screen throughout the past decade, and her role in “Bounce,” produced by Will Smith, will be her first big part since she came out as a member of the LGBTQ community.

“Being called a gay icon, honestly, I think is the biggest honor,” she told EW. “About a year ago, I started having all these music meetings just for fun, just getting my head where I want to go. And I told the producers, ‘I want to create gay pop, and I want to have a concert for the girls and for the gays.’ Turns out a year later, I am very much so gay.”

While receiving backlash for announcing her sexuality, JoJo appeared to take it in stride, as she said, “If you’re weirded out by it, just don’t come hang out with me.”

“I don’t think really anyone in the world now is weirded out by it,” added. “Some people don’t support it, but I think it’s a very, very, very small percentage of the world that it’s weird or gross to, which is really nice.”

Speaking of the new fan base, JoJo is embracing being in a “great place” with the public. “There was a phase where a lot of the world hated me, like teenagers. They hated me. And I think now we’re homies and we’re cool again”