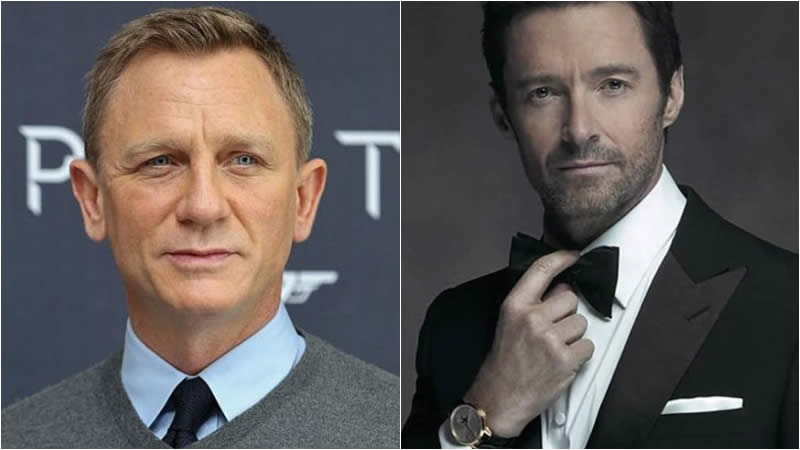 Hugh Jackman was rumored to be replacing Pierce Brosnan as the 007 prodigy. This was even before Daniel Craig and Henry Cavill were busy racing to become the next James Bond. But the studio opted to give the secret spy an entirely different tone.

When Brosnan, the most experienced and iconic of the Bonds we’ve seen to date, was stepping down in 2002 with Die Another Day, the world was as curious as it is today about who will be the next spy in the suit.

It’s no secret that the greatest pressing question for cinema literates right now is who will take over the 007 mantles once Daniel Craig steps down after No Time To Die. Henry Cavill, Regé-Jean Page, and a few others have been mentioned.

But no one can deny the possibility that the filmmakers may proceed with their first pick, Wolverine, Hugh Jackman. Except for Daniel who says Jackman will be the next Bond over his dead body.

In new interview footage provided by Hugh Jackman himself, Daniel Craig has answered the most important question: who’s next? The No Time To Die star is pleasant until his good pal Hugh’s name is mentioned, and he is all pumped up to shun him down.

When the interviewer hints at Jackman, Craig quickly responds that he isn’t the one. He says “He is not going to be it. Over my dead body.” Well, that’s some serious sarcasm.

As per Koimoi, Hugh Jackman chuckled a little when he saw the clip. He put the rumors to rest by sharing it on his own Twitter account, saying it is now confirmed that he is not the next James Bond after Daniel Craig.