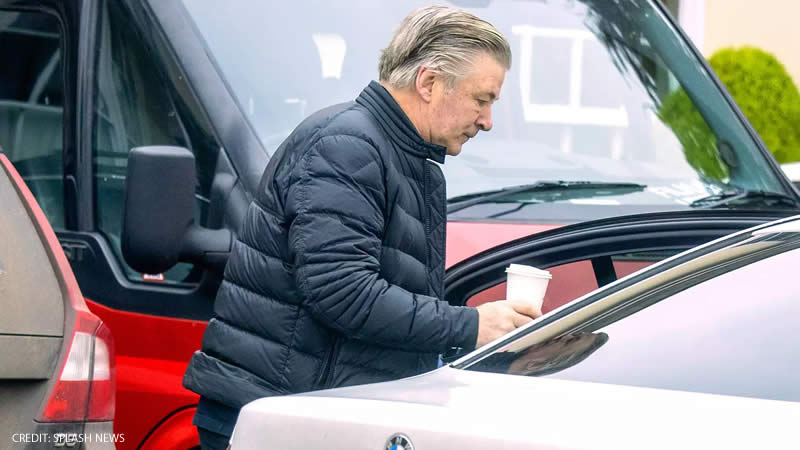 Alec Baldwin is back at work four months after a fatal shooting on the set of his suspended western film Rust killed cinematographer Halyna Hutchins.

On Friday, Baldwin left the country to begin filming on an unnamed project, recording an Instagram video of himself at an airport, which he described as his “least favorite place,” and saying he was counting down the minutes until he could see his family again. Baldwin did not say where he was going, but he was later spotted at Heathrow Airport in London.

Last October, during rehearsals at Bonanza Creek Ranch outside Santa Fe, N.M., Baldwin allegedly shot a pretend gun despite being told it was “cold” (unloaded), killing Hutchins and wounded director Joel Souza. Baldwin said he “didn’t pull the trigger” in an interview with ABC News after the incident.

According to the New York Times, the assistant director who handed Baldwin the pretend gun had no idea it contained live ammunition, according to an affidavit from the Santa Fe County Sheriff’s Department. Following a search warrant, around 200-300 live rounds were recovered on set, reigniting discussions regarding worker safety and the use of firearms on set.

According to the Los Angeles Times, the tragedy occurred just hours after a half-dozen camera crew workers walked off set to protest unsafe working conditions, including the inadvertent firing of two rounds when a prop gun was deemed
cold. The workers were replaced by nonunion members, according to a crew member.

“There should have been an investigation into what happened,” the source said. “There were no safety meetings. There was no assurance that it wouldn’t happen again. All they wanted to do was rush, rush, rush.” In response, Rust Productions issued a statement confirming an internal investigation.

“Though we were not made aware of any official complaints concerning weapon or prop safety on set, we will be conducting an internal review of our procedures while production is shut down,” production told various outlets. “We will continue to cooperate with the Santa Fe authorities in their investigation and offer mental health services to the cast and crew during this tragic time.”

As per Yahoo, two lawsuits have now been filed against Baldwin, crew members, and producers, one from chief electrician Serge Svetnoy and the other from script supervisor Mamie Mitchell. Baldwin’s lawyers are currently pursuing a dismissal of Mitchell’s lawsuit.

Baldwin told ABC News’s George Stephanopoulos in his first interview after the event that he “can’t imagine” ever doing a film with firearms again; and, while remorseful, he denied fault in Hutchins’ death when Stephanopoulos asked if he felt guilty.

“No, no. I might have killed myself if I thought I was responsible, and I don’t say that lightly,” Baldwin said, adding that the tragedy has taken a toll on him. “I go through my day, and I make it through the day,” he said. “Then I collapse at the end of the day. Emotionally, I collapse.”