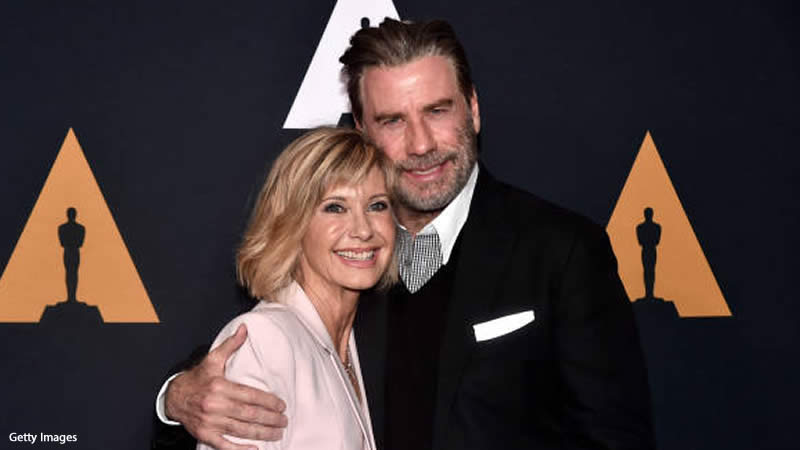 According to a new report, Olivia Newton-John secretly carried a torch for John Travolta to her grave.

According to Globe Magazine’s current edition, Olivia Newton-John and John Travolta felt the same passion for each other in real life, but the timing was never right.

According to the entertainment news outlet, Travolta was still suffering from the loss of his love, Diana Hyland, who died in his arms three months previously from breast cancer, when the duo stepped into their roles as greaser Danny Zuko and goody-two-shoes Sandy Olsson in the 1978 film musical.

According to reports, Olivia Newton-John helped John Travolta in coping with his grief, and the actor supposedly returned the favor when she was diagnosed with breast cancer in 1992 and again in 2013. Even after Olivia received a tragic stage 4 death sentence in 2017, the actor reportedly remained by her side.

According to spies, John Travolta was also present for Olivia Newton-John when her 11-year marriage to Xanadu dancer Matt Lattanzi ended in 1995. However, the actor was already married to Kelly Preston at the time.

Unfortunately, John Travolta and Kelly Preston’s 28-year relationship came to an end when the latter died of breast cancer at the age of 57 in 2020. A source told Globe Magazine:

“Olivia and John’s “combined tragedies continued to make them as close as two people could be – without becoming lovers!”

“I love you so much. We will see you down the road, and we will all be together again. Yours from the moment I saw you and forever! Your Danny, you John!”

Olivia Newton-John died at her ranch in Southern California, according to her husband, John Easterling, who shared the news on Facebook.

“Olivia has been a symbol of triumphs and hope for over 30 years, sharing her journey with breast cancer. Her healing inspiration and pioneering experience with plant medicine continue with the Olivia Newton-John Foundation Fund, dedicated to researching plant medicine and cancer.”