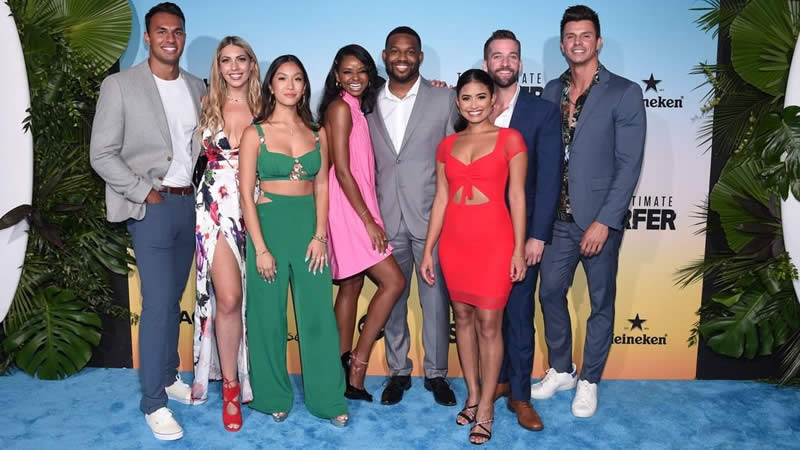 The ABC dating series’ first new episode since 2019 aired on Monday, Aug. 16, and included plenty of new couples. In fact, longtime bartender Wells Adams told guest host David Spade that the episode featured the “most amount of make-out sessions we’ve had on day one in the history of the show.”

Six couples locked lips during the hot-and-heavy premiere of the new season. Grocery Store Joe, who was eliminated on the first episode of Becca Kufrin’s The Bachelorette season in 2018 before sparking up a now-over romance with Kendall on Bachelor in Paradise season five, had the most dramatic kiss.

Joe was observed moping on the beach with a towel over his head after expressing his initial interest in Serena P. He appeared to be afraid that whatever move he made would follow in the footsteps of his past doomed relationship. Despite her apparent surprise that he is 12 years her senior, he and Serena kissed and appeared to be developing feelings.

The other couples to make out were as follows: Connor the Cat and Maurissa; Ivan and Jessenia; Aaron and Tammy; Abigail and Noah; and Tre and Tahzjuan.

The fact that Tahzjuan had previously hooked up with Ivan’s uncle (uh, what?) made things more interesting.

Furthermore, Abigail had invited Noah on the season’s first date, but she seemed to confuse him when she disclosed that she moves “very slow” in relationships, even though the show is supposed to end with a probable engagement.

As stated in the report of EONLINE, other notable moments included Queen Victoria demonstrating her not particularly effective five-second rule for picking up guys. Brendan also drew the attention of several ladies, including Serena, Kelsey, and Abigail, while Demi’s last-minute appearance at the end of the episode hinted at more drama to come, which is to be anticipated from Demi.