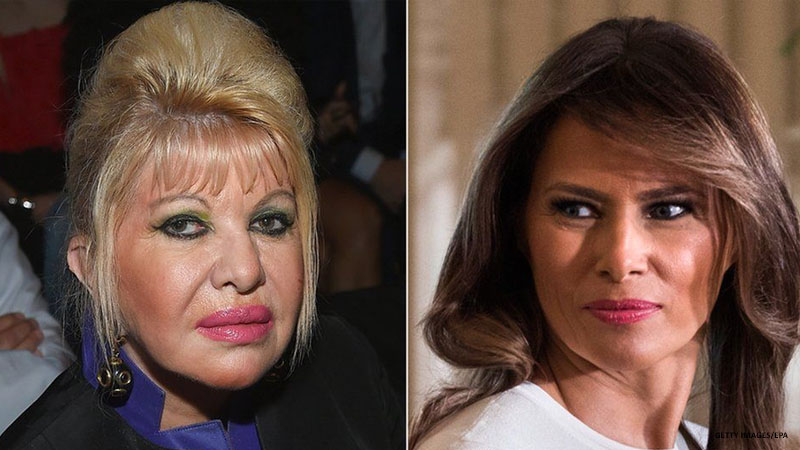 Ivana Trump, a popular figure on the New York social scene in the 1970s and 1980s, was married to former President Donald Trump from 1977 until their divorce was finalized in 1992.

Despite the couple’s breakup, Ivana was a force of nature in her own right even before their marriage.

Ivana, who died last month after falling down in her New York City townhome and was remembered at an Upper East Side memorial service on July 20, was a competitive skier whose competitive nature was always on display, according to Insider.

According to Ivana’s friends, she believed she would have made a better first lady than Melania Trump, a former model, and businesswoman whom her ex-husband married in 2005.

According to the Intelligencer, Donald Trump’s election to the presidency incited a range of emotions in Ivana.

Shortly before her ex-husband’s inauguration in January 2017, Ivana went to fashion designer Marc Bouwer’s studio to try on dresses and began crying.

According to the report, she was “hysterical” with Bouwer’s partner, Paul Margolin.

Bouwer told the publication that people were making derogatory comments about her and protesting outside her Manhattan home.

“And I’m not even married to him anymore,” she told the two men. “It’s not my fault!”

Ivana and Donald Trump had three children — Donald Jr., Ivanka, and Eric — and despite their contentious divorce, they eventually developed a strong relationship.

During Ivana’s 2017 book tour for “Raising Trump,” she told ABC that she was the true first lady because she was Donald Trump’s first wife.

“I [don’t] really want to call him there because Melania is there,” she said at the time. “And I don’t want to cause any kind of jealousy or something like that, because I’m basically the first Trump wife. OK? I’m the first lady.”

In a statement at the time, Melania Trump’s spokeswoman dismissed Ivana’s remarks as “attention seeking and self-serving noise.”

Ivana later stated that she would have been able to perform many duties as a first lady, but she valued her “freedom.”

“Would I straighten up the White House in 14 days? Absolutely,” she said at the time.

“Can I give the speech for 45 minutes without [a] teleprompter? Absolutely. Can I read a contract? Can I negotiate? Can I entertain? Absolutely. But I would not really like to be there. I like my freedom,” she added.