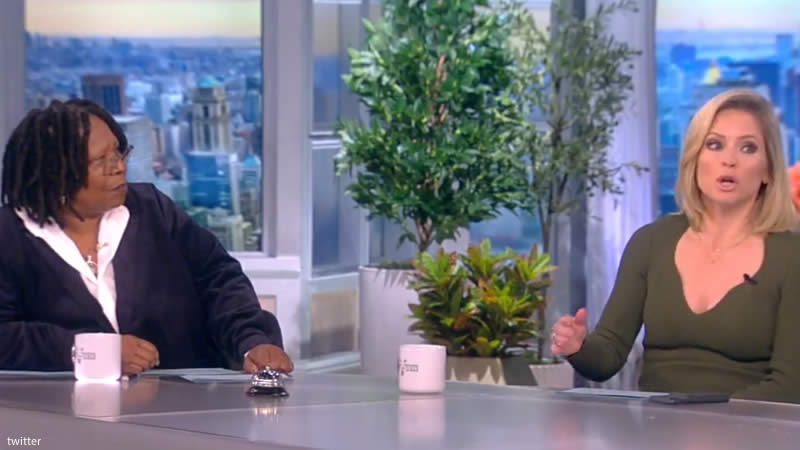 The co-hosts of “The View” misled viewers on Tuesday by calling Florida’s “Parental Rights in Education bill” the “don’t say gay” bill and implying that it “shames” kids for “who they are.”

Whoopi Goldberg discussed how “the Florida Senate is expected to vote” Tuesday on the “so-called don’t say gay bill,” which would prohibit public schools from teaching about sexual orientation or gender identity to children in kindergarten through third grade, during a panel discussion on the ABC talk show. The abbreviation “LGBTQ” or the term “gay” are not used anywhere in Florida’s HB 1557. It is critics of the bill that have labeled it the “Don’t Say Gay Bill.”

“I must point out this is not happening, it has never been happening in the school system,” Goldberg claimed. “And yet we have another thing for kids to worry about. So, this has led to protests and walk-outs.”

“So, is this bill shaming kids from being who they are and punishing teachers who actually want to help them?” she added. “I mean, I’m not sure what the point of this is.”

As per Dailywire, Sunny Hostin argued Haines’ point and said the bill says “kindergarten through third grade or…in a manner that’s not age-appropriate or developmentally appropriate for students.” She claimed this meant the bill was vague and suggested it could extend past those younger grades.

“It’s not a time where many of us had sex talk at all, sexuality, sex ed,” Haines interjected. “So, it’s not solving anything, but it’s creating a veil of shame that already existed in a journey that’s been fought for years for people to be their authentic selves.”

“And now you’re taking away schools,” she added. “Teachers are first responders for kids. They’re the first responders for anything going on, whether it’s abuse at home or otherwise. I don’t know if you saw the Gabriel Fernandez story, that kid was brutally tortured. One of the ignorant slurs being thrown at him…was, ‘you’re gay.’”

“There are people that are so violently unhinged and ignorant that this can be a problem for some people,” Haines continued. “So, you can’t take teachers away from these kids. Because when then they’re obligated to then out their own children – people are still ostracized by their families.”

Goldberg wondered what happens with kids who have “same-sex parents” who she said then “can’t talk about” the “weekend they had with their” family and “all the stuff” they did.

HB 1557 reinforces the “fundamental right of parents to make decisions regarding the upbringing and control of their children,” as previously reported.

“A school district may not adopt procedures or student support forms that prohibit school district personnel from notifying a parent about his or her student’s mental, emotional, or physical health or well-being, or a change in related services or monitoring, or that encourage or have the effect of encouraging a student to withhold from a parent such information,” the legislation reads.

It added, “School district personnel may not discourage or prohibit parental notification of and involvement in critical decisions affecting a student’s mental, emotional, or physical health or well-being.”

The legislation also clarifies that the school can establish processes that allow it to withhold information if “a reasonably prudent person would believe that disclosure would result in abuse, abandonment, or neglect,” according to the legislation.