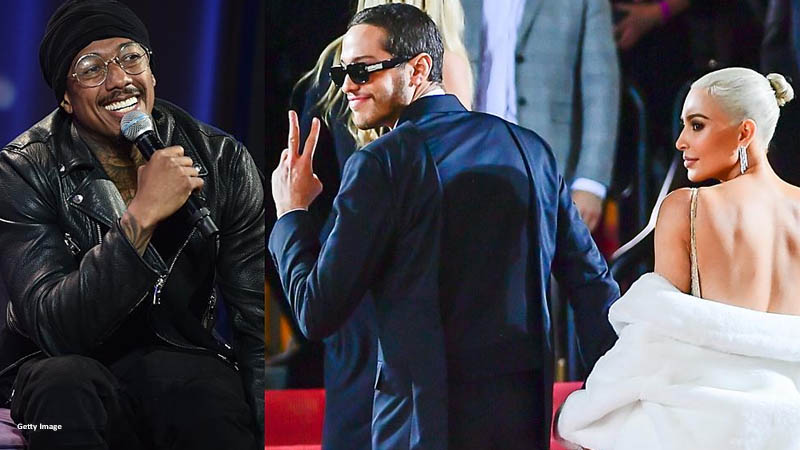 Nick Cannon has a long history of relationships. Cannon admits that despite his claim that he never wants to be married again, he would be open to a second chance with Kim Kardashian or Mariah Carey.

Speaking on the Hot Tee podcast, Nick Cannon gave love to Pete Davidson and even called him his “little bro.” Cannon said, “it was really interesting when I saw them together,” before announcing he would definitely double back on the reality star.

“It’s all love, but that’s Kim Kardashian,” Cannon said. “I’d definitely spin the block. Shoutout to my little bro, but I mean, come on. I don’t know what their situation is. I’m not messy, I’m patient. Let’s just say that.”

It is no secret that Cannon adores his ex-wife Mariah Carey, but he also claims to be open to a new relationship if she decides to end her present one.

Cannon said, “Dude is amazing with my kids. I truly respect that. But, come on, that’s my fantasy love … I will never have a love like I had with Mariah, and I appreciate that.”

In a cliche toast to their former romance, Cannon said, “Always by my baby.”

Cannon talks about this and many other topics during the conversation, including how she introduced Kanye West and Kim Kardashian.

You can hear it all below: