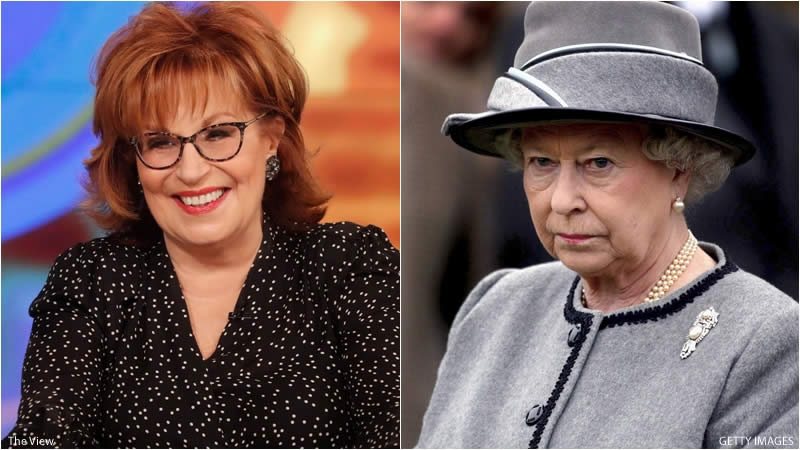 The View hosts have been blasted for making “ridiculous and tone-deaf” comments about the Queen’s COVID-19 diagnosis.

The hosts of the daytime talk show The View has come under fire for making “ridiculous and tone-deaf” comments about the Queen. Whoopi Goldberg and Joy Behar, who hosted the show, both chastised Boris Johnson for “jumping the gun” by reversing Covid restrictions just days after it was revealed that the Queen had been infected.

The words were “tone-deaf,” according to Dr. Janette Nesheiwat of Fox News, who added that the Queen was “doing what she had to do.”

As a response to The View’s comments, the medical doctor told Fox News that the Queen had taken all necessary precautions.

In light of the news that Queen Elizabeth II had gotten the virus, The View co-hosts questioned whether Boris Johnson should remove COVID-19 mandates.

Ms. Goldberg said: “England ending its Covid rules comes at the same time that the Queen canceled her engagements after she got Covid.

“So could Boris be jumping the gun on this or is this part of what we are going to be seeing?”

Ms. Behar joked: “Did the Queen go to one of his parties?”

Another co-host Sunny Hostin remarked: “It’s kind of tone-deaf at this point to announce this on the eve of the Queen announcing she has contracted Covid.

“They have one job and that is to protect the Queen and they couldn’t even do that.”

As a result, Ms. Hostin was called out for making “tone-deaf” statements during her discussion about Queen Elizabeth II’s Covid diagnosis.

Dr. Nesheiwat responded to the remarks: “It’s ridiculous. Really. You know you have to take into consideration the words that could potentially be causing and instilling fear in others.

“Look I think what Boris Johnson has done is perfectly correct. That’s what the US should be doing. The Queen likely picked up Omicron from her son because it’s extremely contagious.

“She did what she had to do, she’s triple vaccinated, and her symptoms are mild. You see that the level of positive cases in the community is extremely low and almost gone.

“We have to scale back our mitigation efforts. We can’t live with masks and mandates forever.”

Following a positive Covid test, the Queen has postponed engagements for the second time in a week.

The monarch, who tested positive for the virus on Sunday, will continue to do “light duties,” according to reports. The 95-year-old Queen did hold her weekly telephone audience with Prime Minister on Wednesday, despite canceling some virtual engagements.

The palace said in a statement announcing the Queen’s positive test last weekend that she was suffering from “mild cold-like symptoms.”

As per Express, the Queen’s scheduled meetings for next week have not been changed, giving royal fans optimism.

Next Wednesday, she will hold a reception for diplomats in Windsor.

On the 14th of March, the monarch will attend the Commonwealth Service at Westminster Abbey, as well as a memorial service for the Duke of Edinburgh on the 29th of March.