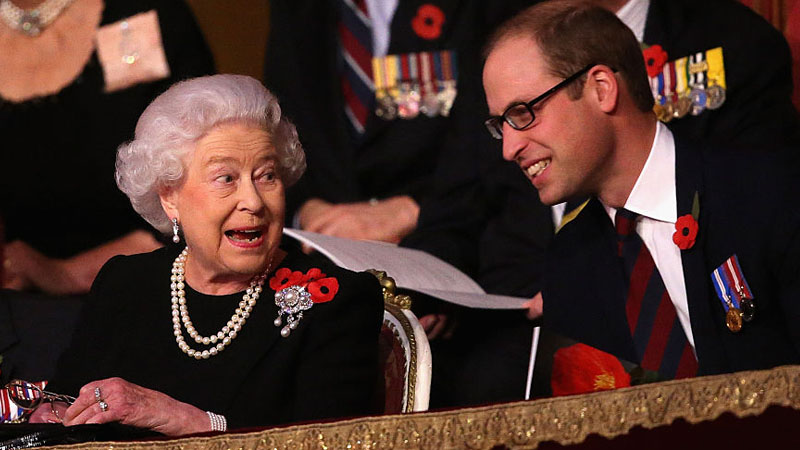 According to sources inside the Palace, the Queen wants Prince William to be put on a no-fly list. According to royal insiders, the Queen has asked William to stop flying his family in helicopters because she is concerned about an accident… and who can blame her?

The Cambridges often travel via helicopter.

According to The Sun, William regularly flies himself, Kate Middleton, and their three children — Prince George, Princess Charlotte, and Prince Louis — from London to their Anmer Hall home in Norfolk.

These short trips frustrate the Queen, who is worried about her grandson and his family.

It’s been a frequent topic of conversation for the Queen.

The Queen has even mentioned her concerns to her courtiers, saying that she would “like William to stop flying himself, particularly in bad weather, as helicopters are not the safest form of transport.”

“It keeps the Queen awake at night and she is understandably very worried,” an insider revealed.

The Queen has very strict rules on which royals are allowed to fly together.

Because the line of succession is so clear, the Queen is wary of the potential of a catastrophic event with William and George traveling together in this way.

“She knows William is a capable pilot but does not think it is worth the risk for all five of them to carry on flying together, and can’t imagine what would happen,” the source said. “It would spark a constitutional crisis.”

The Queen reportedly has the final say about how William travels.

If Queen Elizabeth wants to put her foot down, she appears to be able to do so.

“While [there] is no official rule on this, and royal heirs have traveled together in the past, it is something the Queen has the final say on,” the insider explained.

Provided her closeness to Will, it appears that her request may carry more weight as a concerned grandmother than as the head of the monarchy.

William is a trained pilot, so we assume he’s going to continue doing what he thinks is best.

The Queen may find it difficult to convince her grandson to give up something he loves. After all, William received his flight training while serving in the Royal Air Force, and he later worked as an Air Ambulance pilot in the Anmer Hall area.

Having said that, we understand why she is worried. With tragedies like the one that took the lives of Kobe Bryant and his daughter in early 2020 still fresh in our minds, it’s easy to see why the Queen is worried about William’s frequent family flights.