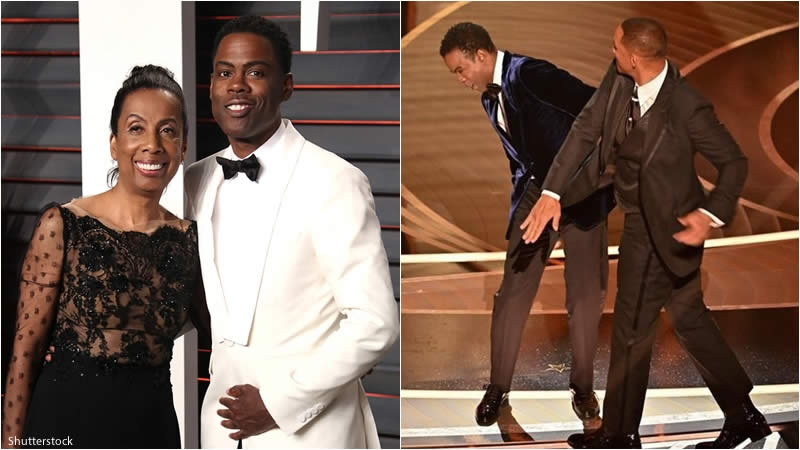 Chris Rock’s mother, Rose Rock, broke her silence and reacted to actor Will Smith hitting her son Chris during the live coverage of the 94th Academy Awards ceremony nearly a month after the Oscars 2022 slap incident.

Rose Rock recently went on WIS-TV for an interview and stated, “When Will slapped Chris, he slapped all of us. He really slapped me, because when you hurt my child, you hurt me.” Rose went on to say that she was “really proud” of her son’s reaction at the time.

However, Rose Rock, a motivational speaker, and author stated that her son Chris Rock is doing well but is still processing the incident.

For the uninitiated, while presenting an award at the Oscars in 2022, Chris Rock made a joke about Will Smith’s wife, Jada Pinkett- Smith’s, shaved head. Will Smith was enraged, and he went onto the stage and slapped Chris Rock.

Following this incident, the Academy announced that Will Smith will be barred from attending any events for the next ten years, including the Oscars.

Rose Rock, when asked about the ten-year ban, responded, “What does that mean? You don’t even go every year.”

Will Smith was named best actor at the 94th Academy Awards just minutes after the slapping incident at the Oscars 2022.

Smith apologized to the Academy and his fellow nominees for his behavior as he accepted his first Oscar for best actor. He didn’t, however, mention Chris Rock. Later, he apologized to Chris Rock in a post on Instagram.

As per US Weekly, Rose Rock reacted to this by saying, “I feel really bad that he never apologized. His people wrote up a piece and said, ‘I apologize to Chris Rock,’ but you see something like that is personal, you reach out.”

Will Smith, meanwhile, recently traveled to India, marking his first public appearance since the controversy. On Saturday, he was spotted visiting a private airport in Mumbai.

Continue Reading
You may also like...
Related Topics:Chris Rock, Oscars, Will Smith