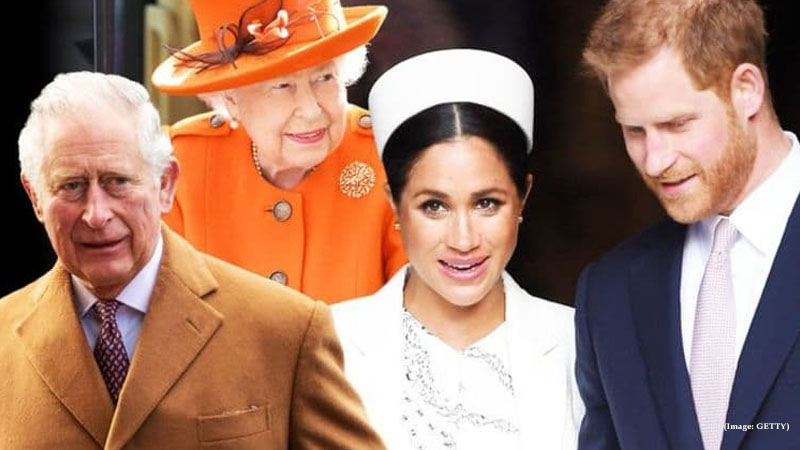 The Queen and Prince Charles both strongly urged Meghan Markle to mend fences with her estranged father, Thomas Markle, and Charles, in particular, became “irritated” with her refusal to do so, according to the explosive new book Revenge: Meghan, Harry and the War Between the Windsors, written by veteran biographer Tom Bower, according to The Mirror.

For those who may not remember—though how could you forget?— Thomas Markle garnered a lot of media attention in the runup to Harry and Meghan’s May 2018 wedding, culminating in his not attending because of health issues. (Ultimately, Meghan walked herself partway down the aisle, and was then met by Charles, who escorted her the rest of the way.)

As per Marie-claire, Thomas participated in multiple interviews over the summer of 2018 when he spoke candidly and sometimes critically about Harry, Meghan, and the royal family. In one interview, Thomas said, per The Independent, that he had been cut off completely: “I used to have a phone number and text number for her personal aides at the Palace, but after I said a few critical words about the royal family changing Meghan, they cut me off,” he said, adding “perhaps it would be easier for Meghan if I died.”

Two months after the wedding, in July 2018, The Independent reports, “Prince Charles is also claimed to have grown frustrated with Meghan,” quoting Bower’s text as saying “he had never really understood her or what she wanted.” That same month, Insider reports, “Charles’ irritation had reportedly reached a boiling point and he addressed the situation with his youngest son.”

Harry explained to his father “that Meghan did not phone or email her father due to suspicions that they were both compromised,” to which Charles said, “Can’t she just go and see him and make this stop?” The outlet reports that “Charles is alleged to have ‘berated’ Harry” and Bower writes “the inconsistencies of Meghan’s excuses not only irritated Charles but perhaps also the Queen.”

Meghan was allegedly urged by Charles and the Queen to fly to Mexico to see her father in person, but she declined, to the two senior royals’ dismay.

According to Bower’s book and per The Mirror, Meghan claimed, “it was completely unrealistic to think I could fly discreetly to Mexico, arrive unannounced at his doorstep, to a location and residence I had [n]ever visited or know, in a small border town…and somehow hope to speak privately to my father without causing a frenzy of media attention and intrusion that could bring more embarrassment to the royal family.”

Four years ago this month, Charles and the Queen urged for reconciliation, and, at least in public, Meghan and her father have still not resolved their issues.