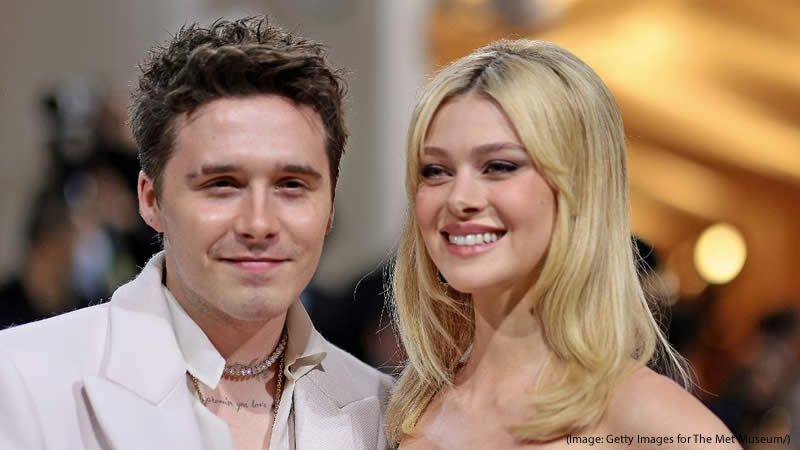 The couple dined at Cecconi’s in West Hollywood

Brooklyn Beckham took to Instagram to dispel rumors after being pictured leaving a Los Angeles restaurant by himself after arriving earlier with his wife Nicola Peltz.

On Sunday, David and Victoria Beckham’s eldest son was seen sitting on a curb outside Cecconi’s West Hollywood, tapping away on his phone and waiting for his car.

In an Instagram Story on Monday, Brooklyn reshared a post by Nicola, in which she clarified: “When you exit out the alley to avoid the paps and do it well enough that they think @brooklynpeltzbeckham left alone.”
Responding to her explanation, Brooklyn added: “Don’t believe everything you read.”

In the photo, Nicola is dressed in the same outfit she wore to dinner, black trousers and a white T-shirt, and is posing in an alley.

The clarification from the couple comes just days after Brooklyn gave a new interview in which he mentioned his famous family amid ongoing feud reports.

According to The Mirror, in an interview with Vogue Hong Kong, the couple didn’t hold back, answering questions varying from how they met to Brooklyn’s relationship with his siblings, Romeo, Cruz, and Harper, and the “activity” he most enjoys doing with his mother, Victoria Beckham, and father, David.

When asked about growing up with so many siblings so close in age, Brooklyn said it was “nice” and that they are “very close”, despite not being photographed together since his and Nicola’s wedding back in April.

Detailing each of his siblings’ best qualities, the budding chef added in the interview: “Harper is the loudest, Cruz is the funniest and Romeo is the most energetic.”

The 23-year-old also spoke about his parents and revealed that when they are together he loves “cooking and watching football with my dad”.

“My mum has always had a house of boys until Harper, I love spending time with them together,” he said of his designer mother.

Continue Reading
You may also like...
Related Topics:Brooklyn Beckham