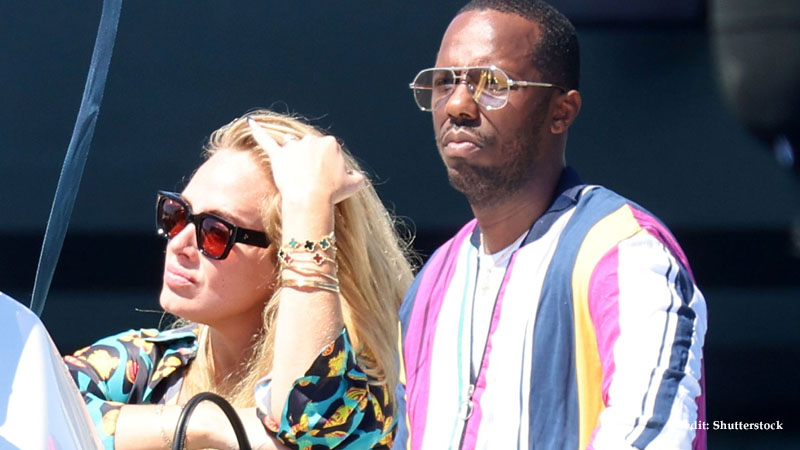 While on a summer trip to Sardinia, Italy, Adele was spotted on a romantic boat ride with her boyfriend of one year, Rich Paul.

The “Easy On Me” singer and her lover Rich Paul have gone abroad to celebrate their love this summer. On July 18, the couple was spotted at Porto Cervo, an Italian beach town in northern Sardinia, for a boat ride with friends.

According to a witness who spoke to E! News, Adele and Rich have just been vacationing in Italy with some friends. The witness claims that while boating, “they looked like they had a great day.” Adele was laughing and enjoying herself.

Rich wore a brightly colored striped shirt for the sunny outing, while Adele looked glamorous in a bold teal-colored, pattern-filled outfit that she accessorized with big sunglasses and a selection of Van Cleef & Arpels bracelets.

Fans who were paying close attention also saw that Adele had many rings on that finger, reigniting long-time engagement rumors. She has, however, sometimes been observed with jewelry on her wedding finger.

The eyewitness added, “She seemed to be in a great mood and very happy to be on vacation with Rich.”

The Grammy winner initially sparked some controversy in February when she walked the red carpet at the 2022 Brit Awards wearing a dazzling sparkler on her left hand. The Grammy winner has been dating the sports agent since last summer. She was hesitant when questioned about the jewelry’s significance on The Graham Norton Show three days later.

“As if I would ever tell anyone if I was or wasn’t,” she said, adding that the ring was “Lovely though, innit?”

“What a difference a year makes,” she shared on Instagram in May, along with a series of photos of herself in honor of her 34th birthday. “If time keeps healing & smoothing out all the creases in my life like it does as the years fly by, then I can’t wait to be 60!”

She added, “So many lessons, so many blessings to be grateful for.”