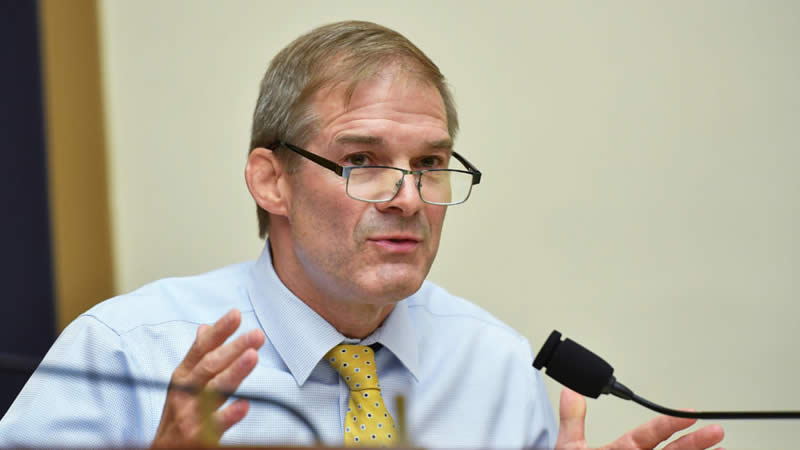 Rep. Jim Jordan has marked a “traitor to the Constitution” by Rep. Ruben Gallego (D-Ariz) after the Ohio Republican admitted to sending a text to former White House chief of staff Mark Meadows on Jan. 5 suggesting then-Vice President Mike Pence stop the certification of the 2020 election.

“Why is anybody surprised?” Gallego asked, and pointed to Jordan’s lies on the House floor on Jan. 6 about voter fraud in states like Arizona.

However, Gallego said Jordan was not his biggest concern.

“My biggest issue is the fact that there’s a lot of people out there that are not taking this seriously,” Gallego said. “The fact that there is a slow-moving coup that is happening right now all over this country that is led by the Jim Jordans and other people.”

Gallego described an insidious process in which supporters of former President Donald Trump’s “Big Lie” were trying to win state House and Senate seats as well as election administration roles in order to “actually overturn the future election.”

“The coup is ongoing,” he said.

Jordan’s office confirmed on Wednesday that he was the sender of the message presented earlier this week by the House committee looking into the Jan. 6 insurrection. According to the committee, it was sent by an unnamed lawmaker.

The text presented a legal theory claiming Pence had the authority to halt the certification of the Electoral College count on January 6.

Jordan’s office stated that the message was written and delivered to the congressman by Joseph Schmitz, a conservative attorney and former foreign policy adviser on Trump’s 2016 campaign. Jordan then passed it on to Meadows.