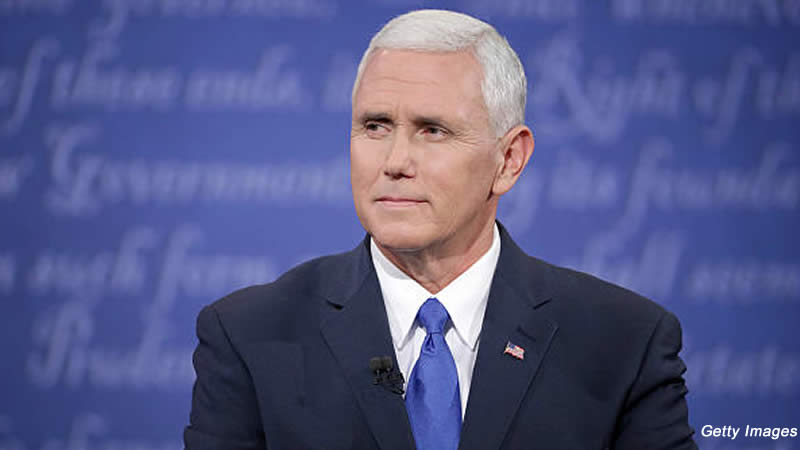 Pence said he and Trump parted amicably, but that they have gone their separate ways.

Former Vice President Mike Pence said Monday that he “will not allow the Democrats” to use Jan. 6 to “distract attention away from their failed agenda,” while praising former President Donald Trump’s record and indicating that his decision on whether to run for President in 2024 will not be influenced by Trump’s own re-election plans, as per the hill reported.

Pence reflected on the current state of the nation under the Biden administration during a sit-down interview with Fox News Digital on the sidelines of a speech on economic policy at the University Club in Chicago, telling Fox News that President Biden is “embracing the politics of the radical left.”

“At a time when we have inflation at a 40-year-high, gasoline prices more than doubled since we left office, a crisis at our southern border, the war in Eastern Europe, a disastrous withdrawal from Afghanistan, maybe this just comes from living back in Indiana again, but, those are the things I’m focused on, and frankly, those are the things people talk to me about everywhere,” Pence said. “The issues that are bearing upon the American people are, as is often the case, not what Washington is focused on.”

On Jan. 6, lawmakers on a House committee started an investigation into the Jan. 6, 2021, attack on the Capitol, alleging that Trump’s claim that the 2020 election was stolen fuelled the violence as Congress convened to certify the Electoral College ballots.

The committee is hosting a series of public hearings in the run-up to the November midterm elections in the hopes of catching the public’s attention.

“Jan. 6 was a tragic day, and I know we did our duty, but I will always be proud of our record,” Pence told Fox News. “And I am not going to allow the Democrats to use that tragic day to distract attention from their failed agenda or to demean the intentions of 74 million Americans who rallied behind our cause.”