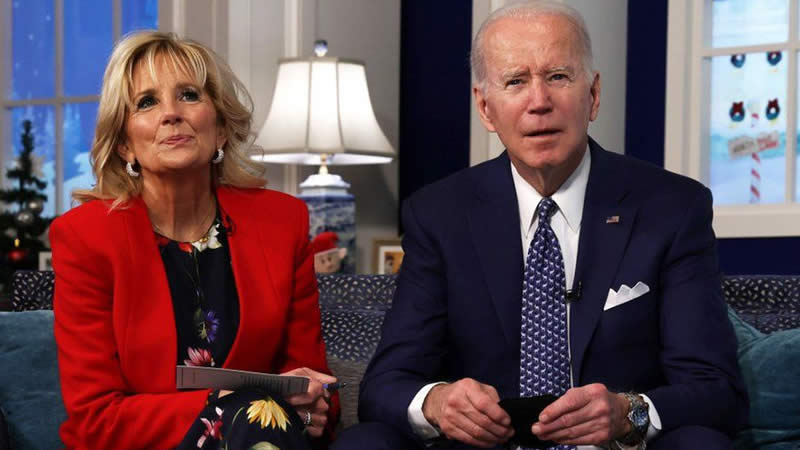 ‘Apparently, he thinks he should be able to tell Biden to basically go fk himself while on a family-friendly holiday call… ‘

Dean Obeidallah, a SiriusXM radio host and CNN opinion columnist, has decreed that Jared Schmeck deserves to have his life ruined, NewsBusters reported. Schmeck was the caller that wished Joe and Jill Biden a “Merry Christmas” on the NORAD Santa Tracker Live Stream. “Let’s go Brandon!” he said after his Christmas greetings.

To which President Biden responded: “Let’s go Brandon, I agree!” BREAKING: Joe Biden was taking calls from the NORAD Santa tracking program and a dad ended the call with “Merry Christmas, and Let’s Go Brandon.”

Biden replied with: “Let’s Go Brandon, I agree” Benny (@bennyjohnson) December 24, 2021 Obeidallah, whose career is built on woke comedy and matchsticks, took to CNN to rail against Schmeck for using “coded phrases” to curse at the president. Obeidallah acknowledged that free expression often necessitates criticism of sitting government officials, but felt Schmeck’s joke was “despicable” in this situation.

He continues by claiming that Schmeck should not have censored himself in the first place: “If you want to curse out a sitting POTUS, at least have the courage to do it outright rather than playing politically correct games and hiding behind coded phrases.” Despite his obvious dismay at the usage of this “coded phrase” on a livestream in front of thousands of children, he says this.

As per Headlineusa, Obeidallah criticised Schmeck for defending himself after receiving threatening phone calls following his chat with Biden: “Aww, poor ‘victim’ Schmeck,” Obeidallah said. “Apparently, he thinks he should be able to tell Biden to basically go fk himself while on a family friendly holiday call, but no one should be able to take issue with his actions.”

Obeidallah, a left-wing tele-activist who produces propaganda under the cover of “comedy” and retweets his own tweets continuously, concludes the essay with a pathetic effort at a joke:

“I don’t have any ill wishes towards Jared Schmeck. Instead, I just hope he enjoys Biden’s upcoming second year as president. And oh yeah, I hope no one tells him: “Let’s go Jared!”

If you want to send Obeidallah a cheery “Let’s go Brandon!” message, you can do so via his email, Facebook, or Twitter accounts.