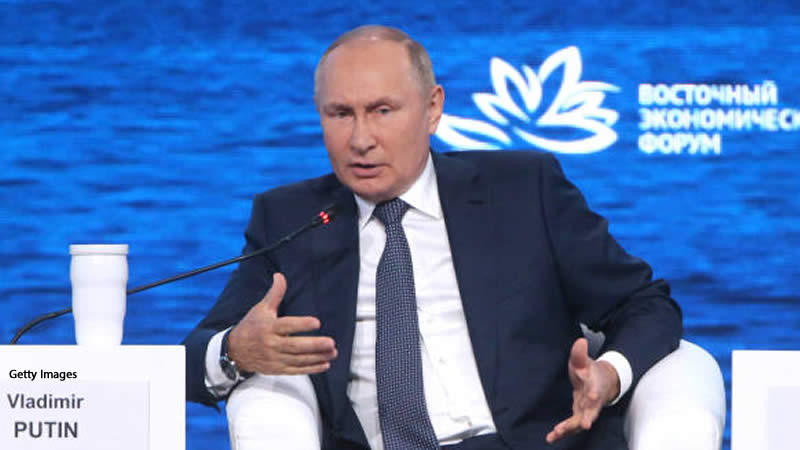 As Moscow suffered yet another string of embarrassing losses in Ukraine this weekend, more and more senior Russian officials are pleading with Vladimir Putin to leave the Kremlin immediately.

Just one day after several municipal representatives in Putin’s native St. Petersburg demanded that the Russian leader be tried for treason, their colleagues in Moscow joined them in demanding his resignation because his views are “hopelessly out of date.”

As per The Daily Beast, Municipal representatives from the Lomonosovsky district of the Russian capital started their open letter to Putin by claiming that he had made “good reforms” during his first term and a part of his second.

But then, “everything went wrong,” the deputies said.

“The rhetoric that you and your subordinates use has been riddled with intolerance and aggression for a long time, which in the end effectively threw our country back into the Cold War era.

Russia has again begun to be feared and hated, we are once again threatening the whole world with nuclear weapons,” the letter read.

“We ask you to relieve yourself of your post due to the fact that your views and your governance model are hopelessly outdated and hinder the development of Russia and its human potential,” the deputies said in closing.

Their appeal came as Putin’s insane “special military operation” next door took a spectacular dive, with thousands of Russian forces fleeing as Ukraine’s military launched a series of surprise counter-offensives and reclaimed nearly 400 square miles of territory in a matter of days, despite the fact that they made no mention of the war against Ukraine.

Putin argues that the conflict with Ukraine is beneficial to Russia.

Even though Russian defense officials made an effort to downplay the mass surrender as nothing more than a tactical move, many of Putin’s most devoted allies did not seem to think so.

The same Russian propagandists who had been beating their chests for an allegedly “inevitable victory” for the first half of the war suddenly changed their tune. Margarita Simonyan, the editor-in-chief of RT, who had previously urged Moscow to ruthlessly destroy Ukraine, unexpectedly posted a sentimental screed encouraging cooperation between the two countries on Twitter.

“In this situation, the best picture of the future is the overall picture of the past. Our shared past, is recent. When everyone was together, when there was Victory Day, when there was a parade, when both Russian and Ukrainian were taught,” she wrote, waxing nostalgic over a time when “wonderful songs were sung both in one language and the other.”

“Stalin, as much of a vampire as he was, never stooped to this and said how we lost nothing and there are no problems,” wrote one pro-Kremlin blogger. “For him, those who cowardly run away and ‘withdraw troops’ were the alarmists.”