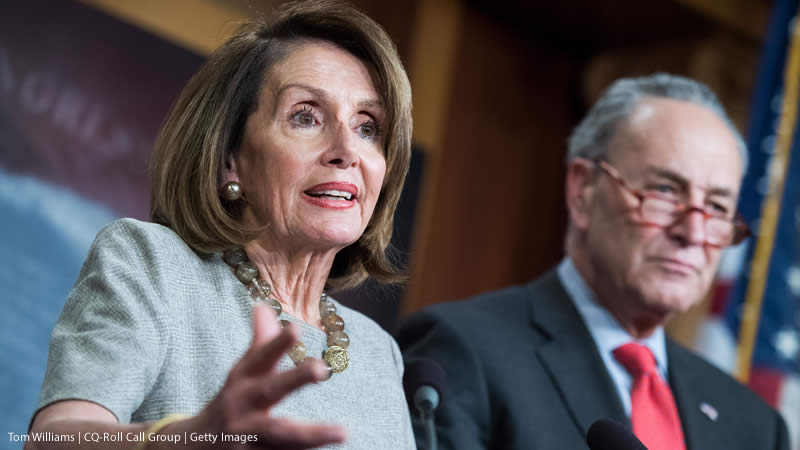 According to a surprising new survey, the vast majority of Democrat workers on Capitol Hill appear to have turned against California House Speaker Nancy Pelosi and New York Senate Majority Leader Charles Schumer.

Only 20% of staffers polled feel the two leaders should stay in their jobs after the 2022 midterm elections, which are likely to be a disaster for their party.

According to the Punchbowl News poll, 62 percent of Democratic workers believe Democratic leadership should change regardless of the outcome of the November elections.

According to the findings of the survey:

Another 17 percent said Democratic leadership should only be switched if Democrats do poorly in the midterms.

And finally, 20 percent said Pelosi and Schumer should stay.

That compares to 28 percent of Republican aides who said the party’s leaders – House Minority Leader Kevin McCarthy and Senate Minority Leader Mitch McConnell – should be replaced regardless of the GOP’s performance in the midterms.

Conservative Brief reported that Republicans need a net gain of 5 seats in the House to reclaim the majority in November’s midterm elections.

As per Smartzune, a wave of Democratic retirements does not bode well for the party, as 23 members have stated that they would not run for office next year.

“An end-of-the-year surge of retirements of Democratic members leaves little doubt that the party does not have much faith in keeping control of the lower chamber and President Biden’s agenda,” Conservative Brief reported late last month.

A trio of Democrats in the House of Representatives – Reps. Stephanie Murphy of Florida, Lucille Roybal-Allard of California, and Albio Sires of New Jersey – last week said that they’ll retire at the end of next year rather than run in the 2022 midterm elections for another term in Congress.

The latest news brought to 23 the number of House Democrats who are retiring or bidding for another office rather than run for reelection in 2022, when their party tries to defend its razor-thin majority in the House amid historically unfavorable headwinds and a rough political climate. The GOP needs a net gain of just five seats in the 435-member chamber next year to regain the House majority it lost to the Democrats in the 2018 midterms.