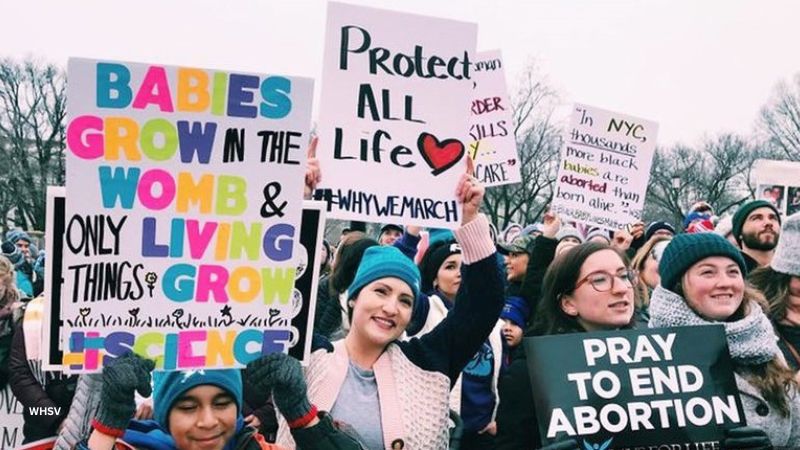 Roger Severino, the former director of the Office of Civil Rights at the Department of Health and Human Services under Donald Trump, told a crowd of over 2,000 high school and college students at the Students for Life annual conference on Saturday that they can win the abortion fight by having a lot of babies.

“You have to do your part,” he said. “Get married and have kids—lots of them.”

Students who favor abortion rights, according to Severino, are naturally at a disadvantage since they “don’t reproduce.”

On Saturday, Politico writer Alice Ollstein tweeted updates from the conference in Washington, D.C., adding that students voted on what sorts of abortion bans they’d want to see now that Roe v. Wade has been overturned, and one speaker made a very unfunny joke about the national diaper crisis.

Sunday marks the 50th anniversary of the Roe v. Wade decision, and the anti-abortion campaign appears to have no plans to slow down now that the decision has been overturned.  At the annual March for Life Friday, attendees chanted, “One, two, three, four, Roe v. Wade is out the door…five, six, seven, eight, now it’s time to legislate,” as leaders called on politicians to get down to the business of banning abortion through laws.

“We have to work very hard to make sure we keep our eye on the prize, that we don’t say, ‘Hey, Roe v. Wade is overturned. We’ve done our work. Now it’s time to go home.’ I would say, to be transparent, that was a concern of ours,” said Marjorie Dannenfelser, the president of Susan B. Anthony Pro-Life America, according to Ollstein. “I think some people were a little bit frozen in time and not sure what to do.”

Dannenfelser suggested conservatives could simply “up [their] funding game” rather than abide by the will of voters in post-Roe state ballot measures, in which voters in California, Kansas, Kentucky, Michigan, Montana, and Vermont made it clear that they want to retain abortion rights.

“I think those ballot initiatives were a wake-up call that 50 years of work can be wiped out in a second unless you’re ready to go with a real battle plan,” she said.

Needless to say, overturning Roe was never about returning the matter to the states, as conservatives have argued for decades it was about giving them permission to impose their will on the whole country.