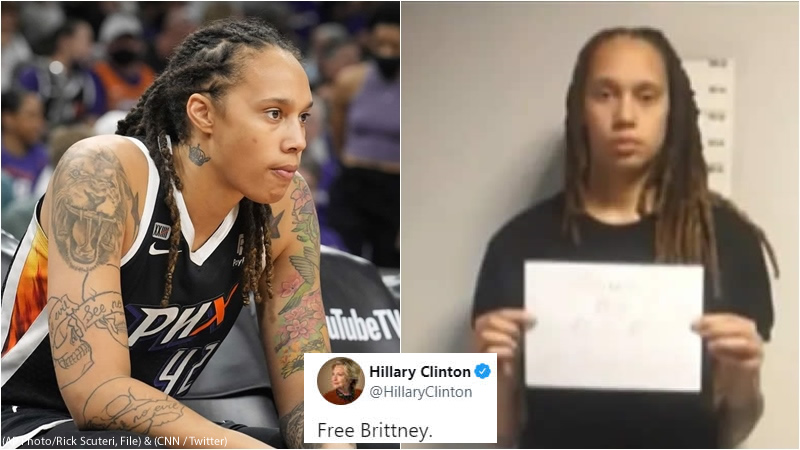 Following Griner’s arrest in Russia, the former First Lady and Secretary of State tweeted “Free Brittney” along with a BBC article about Griner on Wednesday.

Clinton has been one of the most prominent officials to speak out in support of Griner.

Griner was arrested in a Moscow airport last month after authorities claimed they found hashish oil vape cartridges in her bags. It’s unclear when Griner was arrested, but it might have taken up to a month for the news to reach the public.

As per The Guardian, there are fears that Griner is being used as a “high-profile hostage,” especially given Russia’s ongoing invasion of Ukraine.

Griner, 31, is a seven-time WNBA All-Star with the Mercury and has won two Olympic gold medals for the United States. During the WNBA offseason, she, like other WNBA players, plays for UMMC Ekaterinburg in the Russian Premier League.

Griner could face up to ten years in prison in Russia if convicted. Her current location is unknown, except for the fact that she is in Russian police custody. It’s also unclear what is being done to bring Griner back to the United States, despite the fact that various officials have committed to assist.

“We are aware of the situation with Brittney Griner in Russia and are in close contact with her, her legal representation in Russia, her family, her teams, and the WNBA and NBA,” Griner’s agent, Lindsay Kagawa Colas, said in a statement.
“As this is an ongoing legal matter, we are not able to comment further on the specifics of her case but can confirm that as we work to get her home, her mental and physical health remain our primary concern.”

Continue Reading
You may also like...
Related Topics:Hillary Clinton