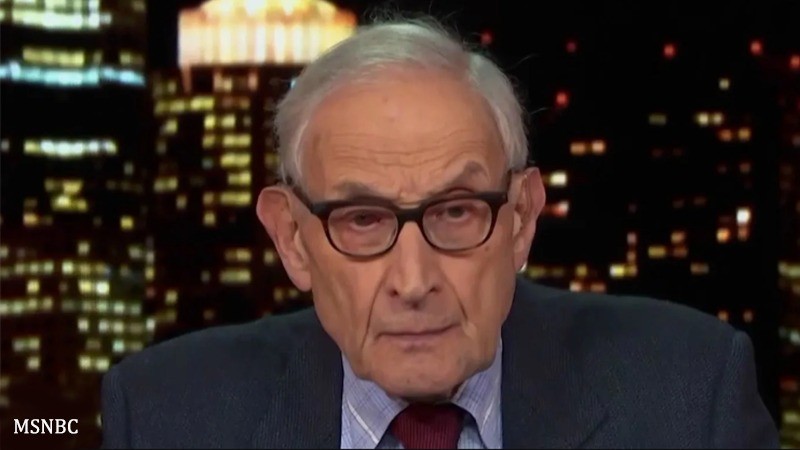 “Our next guest was four years old when he fled Czechoslovakia with his family in 1939 to escape Nazi terror,” MSNBC’s Lawrence O’Donnell reported. “Twenty-two years later, he became a Harvard Law professor.”

O’Donnell pointed out that now-Justice Samuel Alito worked for Fried and said during John Roberts’ confirmation hearing that the nominee was “too smart a lawyer to overturn Roe vs. Wade.”

O’Donnell noted a November op-ed Fried wrote for The New York Times titled, “I Once Urged the Supreme Court to Overturn Roe. I’ve Changed My Mind.”

“To overturn Roe now would be an act of constitutional vandalism — not conservative, but reactionary,” Fried wrote.

O’Donnell put an email on-screen that Fried sent to his producer.

“Unions, religion, second amendment, abortion, campaign finance, gerrymandering, regulation of elections. All this is an attempt in the last ten years or so to repeal the 20th century,” he wrote. “The greatest threat next term: the ‘independent legislature clause’ case from North Carolina which would produce a slow-motion coup d’état.”

Fried expanded on his analysis.

“What the court is going to have next term, they’re gonna start in the fall on this issue and that is, when a state legislature picks electors, the state supreme court cannot do anything about it, because the constitution says that the regulation of electors is supposed to be done by the independent legislature,” he explained. “Now, for decades, that has been understood to mean the whole legislative process in a state which includes, of course, the state supreme court.”

According to the Newsweek, he explained how a ruling By the United States Supreme Court would worsen state gerrymandering of legislative districts.

“North Carolina, which is the case involved, is a hideously gerrymandering,” he explained. “The population is half registered Republican, half registered Democrat, but its 13-person congressional delegation is ten Republicans, three Democrats,” he said. “And when the head of the legislative committee was asked, ‘How did you do that? How come you did this?’ ‘Because we couldn’t think of any way to get just two Democrats.’

Now, this is what would be the coup d’état, because these gerrymandered state legislatures in all of the swing states – Pennsylvania, Ohio, Wisconsin, North Carolina, Georgia — would then be able to send the electives – the electors they choose, not the electors chosen by the people. And there is nothing that could be done about it.”

Watch below or at this link.