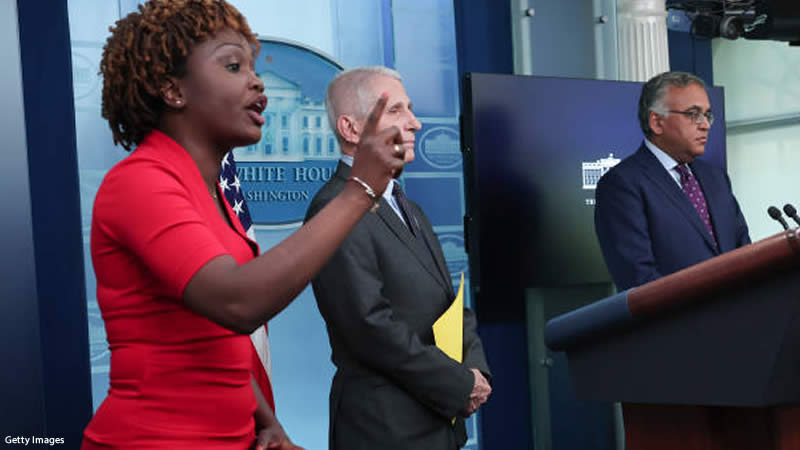 “I will not call on you if you yell, and also you’re taking time off the clock because Dr. Fauci has to leave in a couple of minutes.”

Other reporters backed Glebova’s queries, leading Jean-Pierre to exclaim that she was “done” answering theirs.

Users on social media criticized Jean-Pierre’s actions as “unprofessional” and an attack on the press.

The Spectator contributing editor Stephen Miller joked, “An incredible display of threatening anti-journalism. This is dangerous. This is a vile threat to the very foundations upon which our free press democracy is based upon. A free press that is allowed to question our government is a sacred virtue for which our Republic must safe gua-“

Washington Free Beacon executive editor Brent Scher tweeted “What does [Jim Acosta] think about this? Attack on the free press?”

“Qs about Covid origins are legitimate and every reporter should be asking them. This reaction from the WH is really weird,” Hudson Institute senior fellow Rebecca Heinrichs wrote.

“She’s utterly losing control of the press corps because the WH consistently spends an inordinate amount of time taking questions from the same 12 corporate reporters, day in and day out.

Several reporters were caught up in a heated dispute in March after Associated Press writer Josh Boak finally stopped a conference after less than 45 minutes. The administration has been criticized by members of the press for favoring establishment media pundits.