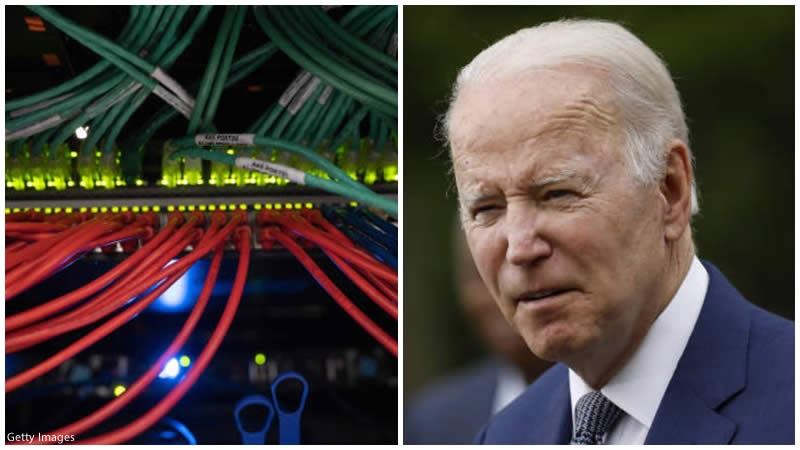 The Internet for All initiative is funded by the $1 trillion Bipartisan Infrastructure Law.

The Biden administration has formally launched its $45 billion effort to provide everyone in the United States with affordable and reliable high-speed broadband internet access by 2030.

The Internet for All funding is part of the $1 trillion Bipartisan Infrastructure Act’s $65 billion broadband earmark. States and other entities can apply for funding from three Internet for All programs starting today, as per Time.

“In the 21st century, you simply cannot participate in the economy if you don’t have access to reliable, affordable high-speed internet,” Commerce Secretary Gina Raimondo, who is overseeing the distribution of the funds, said. “Thanks to President Biden’s Bipartisan Infrastructure Law, Americans across the country will no longer be held back by a lack of high-speed internet access.

We are going to ensure every American will have access to technologies that allow them to attend class, start a small business, visit with their doctor and participate in the modern economy.”

States could use the funds to put fiber-optic cables, develop Wi-Fi networks, or even provide some people with free broadband internet access.

The program’s launch comes on the heels of news earlier this week that the Biden administration has partnered with 20 providers to provide funded internet service to low-income households.

The Broadband Equity, Access, and Deployment (BEAD) Program will provide the majority of the funding for Internet for All. States and other territories will be required to submit a letter of intent as well as a budget in order to receive planning funds.

They will then receive $5 million in planning funds to assist them in developing a five-year plan outlining how they will provide comprehensive internet access to all residents.

Each state that takes part in the program will receive at least $100 million from the $42.5 billion BEAD pot. Following that, funding allocations will be made in part based on updated broadband coverage maps, which the FCC is expected to release this fall.

Funding will be allocated on a “technology-neutral, competitive basis” under the $1 billion Enabling Middle Mile Broadband Infrastructure Program to build, buy, or improve infrastructure elements that carry “large amounts of data at high speeds over long distances.”

The $1.5 billion State Digital Equity Planning Grant Program is intended to increase internet adoption and use through digital literacy training.

Continue Reading
You may also like...
Related Topics:Biden administration