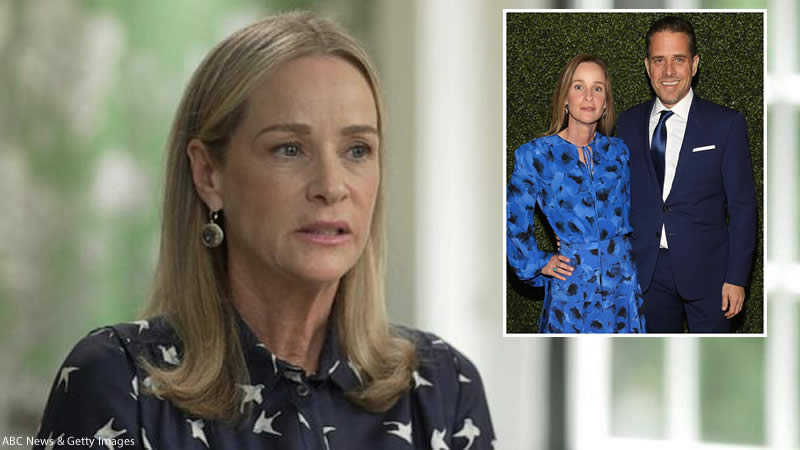 Buhle claimed to have ‘buried [her] head in the sand’ about Hunter Biden’s financial ties to Ukraine energy company
Kathleen Buhle, Hunter Biden’s former wife, spoke to ABC’s “Good Morning America” about their relationship, their divorce, and his tax issues.

After a marriage marred by drug addiction, prostitutes, and alcoholism, Buhle divorced Hunter Biden in 2017.
Buhle and Biden, on the other hand, have both admitted that Buhle was kept in the dark about Biden’s spiraling lifestyle, as per the New York Post reported.

“With addiction, especially, there’s so much shame surrounding it that it becomes something we don’t talk about,” Buhle told GMA. “He was struggling under a massive drug addiction and that’s heartbreaking and painful and that wasn’t who I was married to.”

When asked about knowledge of her ex-husband’s tax scandals, she told GMA that after his first stint in rehab, Hunter Biden told her they “owed money in taxes but that he had set up a payment plan, and he wasn’t worried.”

“This was one of the harder parts for me to write and to acknowledge,” Buhle said. “It’s embarrassing to say that I ceded all financial control to my husband. I liked the nice things and I didn’t want to think about the cost at which they were coming. Writing this book really helped me to understand how unfair that was to Hunter and how unhealthy that was for me.”

Buhle claimed she was totally unaware of her husband’s income and tax situation, and she hopes that other women would learn from her mistakes and become more aware of their own finances.

“I have buried my head in the sand. I really hope that’s a lesson that women hear – understand your finances, take responsibility for them,” Buhle said.

From their marriage, Biden and Buhle have three grown daughters.

During his father’s 2020 presidential campaign, Biden was linked to many issues, including claims of wrongdoing after he was invited to be on the board of a Ukrainian oil business while Joe Biden was vice president. He has also alarmed ethics experts with his plans to sell high-priced artworks that could be purchased by those seeking favor with the White House.

Biden went public with a brief relationship with the widow of his late brother Beau Biden shortly before his divorce was finalized, and he married Melissa Cohen, a South African filmmaker, in 2019. They have a son together.

Continue Reading
You may also like...
Related Topics:Hunter Biden

The January 6 committee calls Trump out for using false claims of election fraud to scam supporters
Bill Clinton Gives Down-Home Advice On Persuading Other Side: “We gotta reach people where they live”