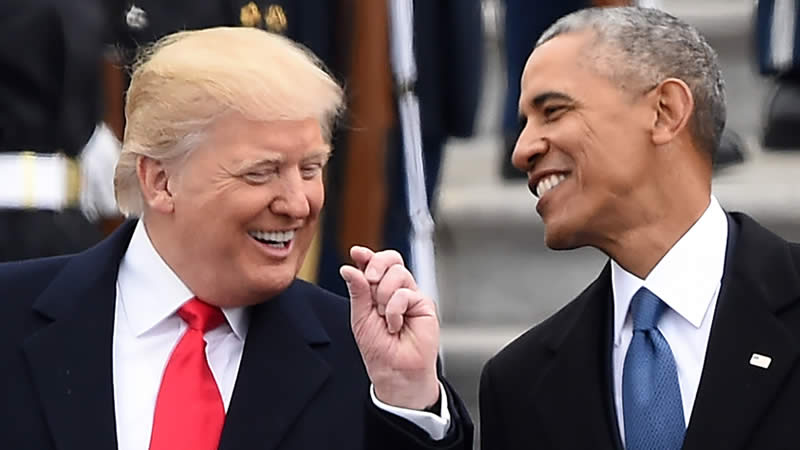 Former Presidents Barack Obama and Donald Trump have been political adversaries for years, which was never more obvious than during the 2016 presidential elections.

When it came to the commander-in-chief, Obama considered former Secretary of State Hillary Clinton, the Democratic presidential nominee of that year, as the most suitable candidate due to her experience as a US Senator from New York and her career as the US top diplomat.

However, after Trump defeated Clinton in the election, Obama was compelled to start making plans for the next phase.

On January 20, 2017, Obama and Republican Sen. Roy Blunt of Missouri rode in a presidential limousine with Trump from the White House to the Capitol, as the 45th US president was about to be inaugurated.

According to a new book by Washington Post journalists Bob Woodward and Robert Costa, during the ride, Trump asked Obama to reveal his biggest mistake.

The book, “Peril”, an early copy of which was obtained by the Insider, depicts a meeting between the two men that could have evolved into a lengthy discussion but ended quickly.

While riding, Trump turned to Obama and asked: “What was your biggest mistake?” the elected president enquired his Democratic counterpart.

According to Woodward and Costa, Obama paused, looked at Trump, and said, “I can’t think of anything”.

Trump then change the conversation by inquiring about the vehicle. “Is this the car you use all the time?” he asked.

Woodward and Costa explain in “Peril” how Trump came full circle from that moment with Obama.

When Joe Biden was set to assume the presidency on Inauguration Day in January 2021, Trump did not attend the ceremony and left the White House with the then-first lady Melania Trump.