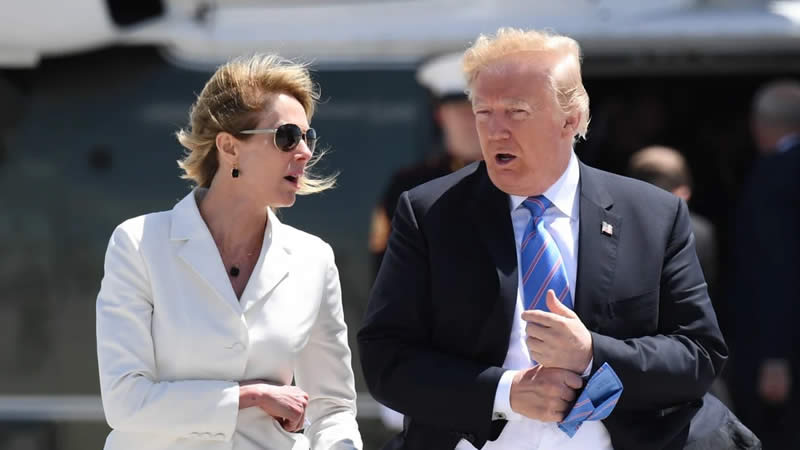 US businesswoman and political donor Kelly Craft steered government business to then-President Donald Trump’s Washington, D.C., hotel during her tenure as U.S. ambassador to Canada, according to emails released by the State Department.

The emails were released in response to a Freedom of Information Act request filed by the government watchdog group American Oversight, Forbes reported.

They show Craft responding to a 2018 email from a staffer about special rates being offered at other D.C. hotels for a conference by saying, “Is this a meeting I should attend? If so, I would prefer the TRUMP HOTEL.”

The staffer replies that she will “make reservations at the Trump Intl Hotel.”

The emails also reference multiple other instances in 2018 in which Craft stayed at or conducted business at the 45th president of the United States Trump International Hotel.

Kelly Craft reportedly said she’s “seriously considering” a run for governor in her home state at a Republican dinner in Marshall County on the eve of the Fancy Farm picnic.

The emails released by the State Department also show Craft sharing articles written about her ambassadorships that highlight her relationship with Kentucky’s senior U.S. senator, Mitch McConnell, and her prominence in Republican politics in the commonwealth.

During Trump’s term, millions of government and GOP dollars flowed to his properties, and high-ranking Republican officials and newsmakers could often be seen at his luxury hotel in Washington DC, less than a mile from the White House. Even after leaving office, Trump has continued to direct taxpayer dollars to his businesses, in May charging the Secret Service nearly $10,200 for agents’ rooms at his Florida resort.