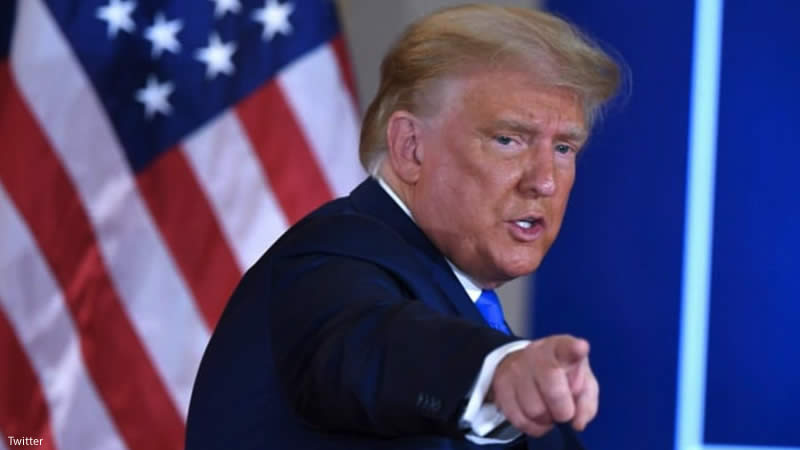 According to Esper’s new book, former President Donald Trump blamed his former Defense Secretary Mark Esper for preventing him from using the Insurrection Act to end Black Lives Matter riots in the summer of 2020.

According to the Washington Examiner, Esper publicly criticized Trump’s plan to invoke the law and send troops into leftist cities where rioters were burning down buildings and looting stores, arguing that military action should only be used as a “last resort.”

“I say this not only as secretary of defense, but also as a former soldier and a former member of the National Guard, the option to use active-duty forces in a law enforcement role should only be used as a matter of last resort, and only in the most urgent and dire situations.

We are not in one of those situations now,” Esper said at the Pentagon podium on June 3, 2020.

“I do not support invoking the Insurrection Act.”

According to the Gazette, following the June 3 press conference, Trump blasted Esper for ruling out military action and making him seem so “weak.”

“You took away my authority,” the former president added. When Esper pushed back on the notion, Trump responded, “That’s not your position to do.”

Esper allegedly responded, “I do not believe anything that has happened requires invocation of the Insurrection Act. It would make matters worse and would be terrible for the country.”

Trump disagreed, arguing that “the protests are making us look weak.” But because of Esper’s public statement, “I can’t use the Insurrection Act.”

Esper said this “wasn’t completely correct, of course, but I was glad he felt that way and wasn’t about to disabuse him of his conclusion.”

Esper also claimed that two other Defense Department leaders, as well as Attorney General William Barr, were against sending troops to stop the riots.

Trump fired Esper after the presidential election in November 2020. Since then, the former president has criticized Esper as an utterly incompetent “lightweight.”

“Mark Esper was a stiff who was desperate not to lose his job,” he said in a statement last week.

“He would do anything I wanted, that’s why I called him ‘Yesper,’” Trump added.

“He was a lightweight and figurehead, and I realized it very early on. Mark Esper was weak and totally ineffective and because of it, I had to run the military.”