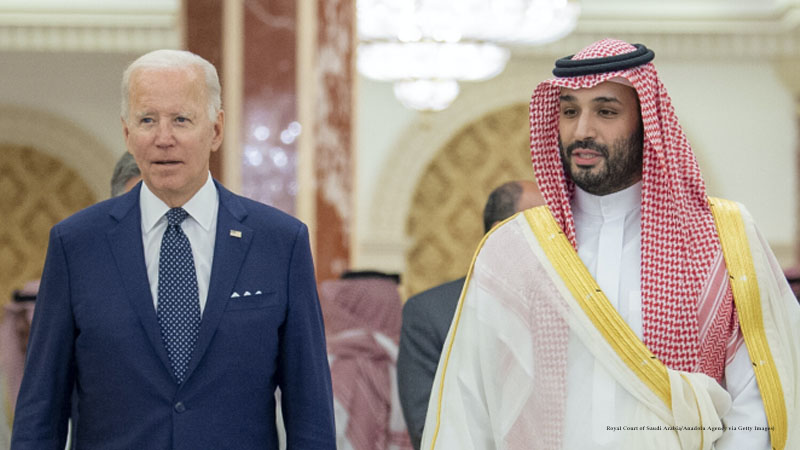 Joe Biden’s choice to fist bump Saudi Crown Prince Mohammed bin Salman during a meeting on Friday in Saudi Arabia to discuss oil prices and other topics have “The View” hosts at odds. Since Jamal Khashoggi, a journalist for the variety, was allegedly killed in 2018 at the Saudi Crown Prince’s direction, Biden has come under fire for his fist bump.

“This is a murderer. You don’t normalize a murderer by this fist bump,” Sunny Hostin said during Monday’s episode. “It was the photo op that he wanted and we’ve normalized these relationships.”

Hostin called the fist bump an “unforced error” on Biden’s part. When co-host Joy Behar asked if Biden really “normalized” Mohammed bin Salman by fist-bumping him, Hostin fired back, “Yes, absolutely. No, Joy, this is the rehabilitation that MBS wants and Joe Biden gave that to him.”

“Well, let’s not forget that Trump was pals with Putin and Kim Jong-un; he practically had them in the Lincoln Bedroom. I mean, he was really interested in being with those guys,” Behar added in a defense of Biden’s actions. “So this is just somebody I think — I mean, I do defend Biden quite a bit, I know — but it’s like, you know, if Manchin and some of these Republicans would allow the industries to just cut back on fossil fuels and get alternative fuels going, he wouldn’t have to, you know, fist bump this guy. Who, by the way, he did say to him, ‘I think that you were responsible for Khashoggi’s death.’ I mean, he did confront him.”

Sara Haines agreed with Behar, saying, “So this imagery always bothers me, but when you read in further, the reason every president has gone over there is the more important part. This is a chess game when it comes to international relations, it’s not checkers. This is not as simple as it appears in an image.”