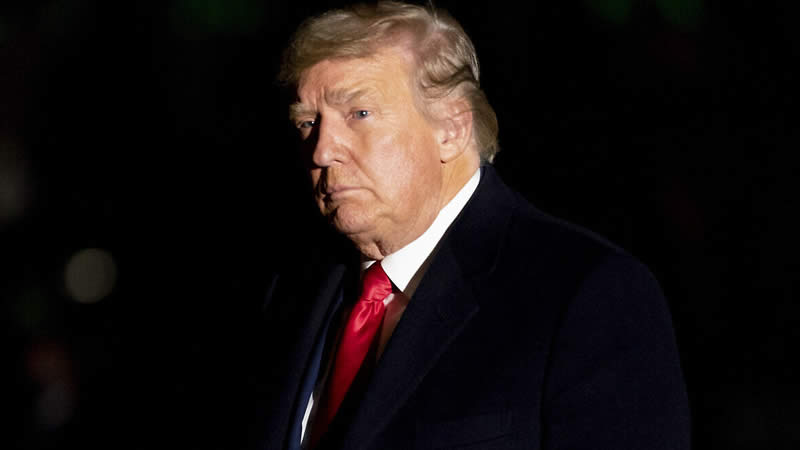 After he flew to Iraq, the former president believed he was deserving of the honor awarded to servicemen who put their lives in danger while engaged in military operations.

Former President Donald Trump acknowledged on Saturday that he wanted to present himself with the Medal of Honor, the nation’s highest honor for military bravery in battle, after flying to Iraq on Air Force One but was told he couldn’t.

“As president, I wanted to give myself the Congressional Medal of Honor, but they wouldn’t let me do it…they said that would be inappropriate,” Trump said on July 23 at the Turning Point USA summit, whose “mission is to identify, educate, train, and organize students to promote the principles of freedom, free markets, and limited government.”

The Congressional Medal of Honor, which is typically presented by the president on behalf of Congress, only ever recognizes military bravery in action and stands for the virtues of “bravery, courage, sacrifice [and] integrity.”

Living recipients of the Medal of Honor include Florent A. Groberg, who was recognized for “acts of gallantry and intrepidity at the risk of his life above and beyond the call of duty” in combat operations in Afghanistan in 2012, and Gary George Wetzel, who “displayed extraordinary heroism in his efforts to aid his fellow crewmen” in the Vietnam War.

As per The wrap, many people voiced their displeasure with Trump’s remarks on Twitter, pointing out his disregard for the award’s legacy of honoring “military valor in action” and his lack of knowledge of how the award is given.” One user noted that Trump avoided the military draft for the Vietnam War five times.

Here are just a few of the many reactions from Twitter users: