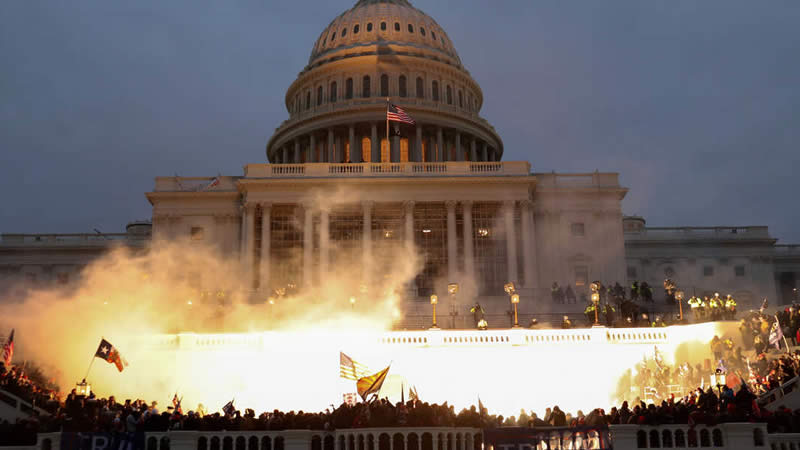 In a court filing on Friday, a current spokesman for former US President Donald Trump said that he had worked very closely with the congressional committee investigating the deadly Jan. 6 attack on the US Capitol.

Taylor Budowich, the spokesman, claimed in a lawsuit filed in federal court in the District of Columbia that he had produced more than 1,700 pages of papers and given the House of Representatives panel roughly four hours of sworn testimony.

In a recent deposition, Budowich answered questions about the financing and planning of Trump’s rally to supporters near the White House on Jan. 6, which preceded the Capitol violence that day.

“The subpoena seeks personal financial material that is irrelevant to any conceivable legislation and not pertinent to any purported purpose of the Select Committee,” Budowich said in the lawsuit.

A request for comment from a spokesman for the Select Committee on January 6 was not returned immediately.

Budowich’s lawsuit is the latest in a slew of lawsuits filed by committee targets seeking to stop the committee from enforcing its information subpoenas, but it is the first to focus on a demand for financial documents.

An appeals court dismissed that claim on Dec. 9, declaring that the committee was valid and entitled to access White House materials that Trump had tried to keep hidden from the public. Trump filed an appeal with the United States Supreme Court on Thursday.

In the process of its investigation on the attack, the committee has issued more than 50 subpoenas and heard from more than 300 witnesses.