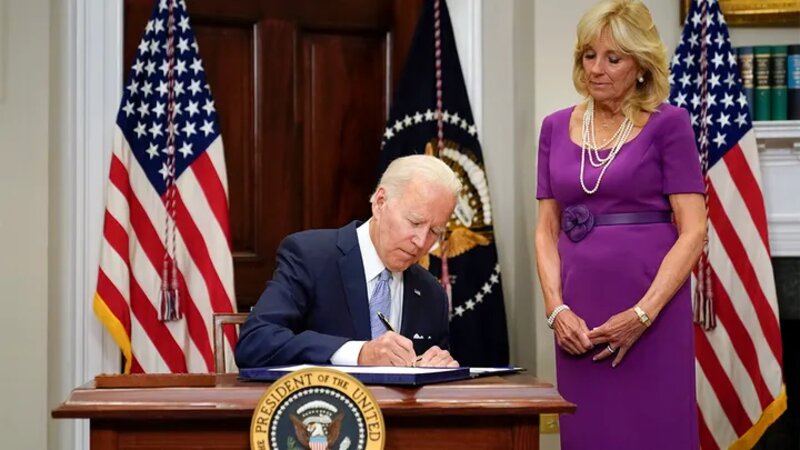 Less than 24 hours after it passed through the Congress with unusual speed, President Biden signed the most important gun control bill in nearly 30 years on Saturday, according to CBS News.

“Time is of the essence. Lives will be saved,” Biden said in an address to the nation. “From Columbine to Sandy Hook to Charleston, Orlando, Las Vegas, Parkland, El Paso, Atlanta, Buffalo, Uvalde and for the shootings that happen every day in the streets. How many times have you heard that, ‘Just do something, for God’s sake just do something?’

The most important gun control law in in 30 years was signed by President Biden on Saturday, less than 24 hours after it passed through the Congress with unusual speed.

The new law attempts to prevent the mass shootings that have plagued the United States for years.

The Senate then started talks between 10 Republicans and 10 Democrats to adopt gun control laws and stop gun violence nationwide.

Though the push was largely opposed by Republicans in the House, including Minority Leader Kevin McCarthy, Senate Minority Leader Mitch McConnell championed the legislation and said it “will help make these horrifying incidents less likely while fully upholding the Second Amendment rights of law-abiding citizens.”

The newest law would incentivize states to pass red flag laws and expand background checks for those between the ages of 18 and 21.

Both the Uvalde and Buffalo shootings, which resulted in the deaths of 10 people and three wounds while also leaving 19 children and two instructors dead, were committed by 18-year-old men.

Lawmakers have urged states to make previously sealed juvenile records public, which may extend the time needed before a gun purchase by several days.

However, it is still unknown if the two most recent mass shootings could have been avoided even with the current gun control laws.

Both of the 18-year-old men legally bought AR-15-style rifles, and neither was a red flag under the law at the time.

Payton Gendron, the Buffalo shooter who was evaluated for mental health concerns in 2021 but successfully avoided any red flags, may have been caught by the newest provision requiring states to share juvenile records.

“This bill doesn’t do everything I want. It does include actions I’ve long called for that are going to save lives,” Biden said. “I know there’s much more work to do. And I’m never going to give up.

“But this is a monumental day.”