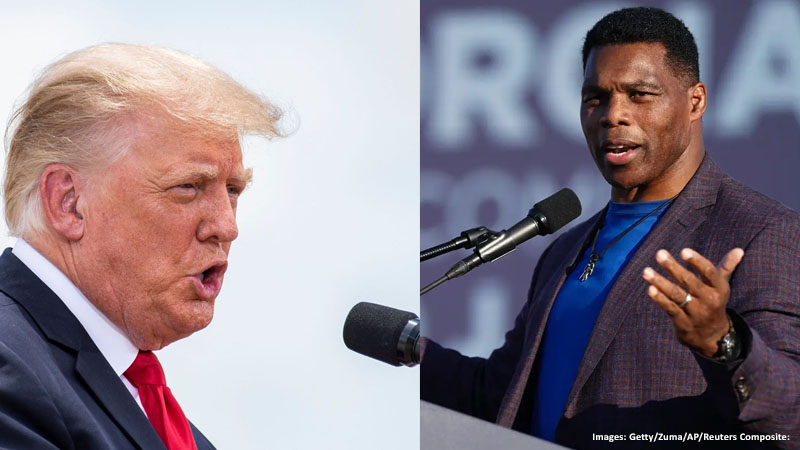 “I’m mad at [Trump], because he never asked, but he’s taking credit that he asked.”

Many people have accused Donald Trump of lying about something, but the former President could always depend on Herschel Walker to be on his side. Until now, that is.

Walker, a former NFL star who is now Georgia’s Republican Senate nominee, claims Trump lied about asking him to run. Walker made the claim during a Revolt TV interview with rapper Killer Mike.

“So, I’m mad at him, because he never asked,” Walker continued. “But he’s taking credit that he asked.”

Walker played for Trump’s USFL team, the New Jersey Generals, from 1983 to 1985, and their relationship dates back decades. On The Clay Travis and Buck Sexton Show in June, Trump trumped Walker by announcing the former Georgia Bulldogs running back would run for Senate.

“He told me he’s going to, and I think he will,” Trump said. “I had dinner with him a week ago. He’s a great guy. He’s a patriot. And he’s a very loyal person, he’s a very strong person. They love him in Georgia, I’ll tell you.”

Walker didn’t launch his Georgia Senate campaign until nearly two months after Trump’s appearance on Travis and Sexton’s radio show. Rather than citing Trump’s support and encouragement, Walker told Killer Mike that he made his decision through prayer.

Walker supported Trump in both the 2016 and 2020 elections. Earlier this month, he even defended one of Trump’s most outrageous lies, claiming the former President never said the 2020 election was stolen. But, when it comes to his Senate campaign, Walker refuses to give Trump all of the credit.