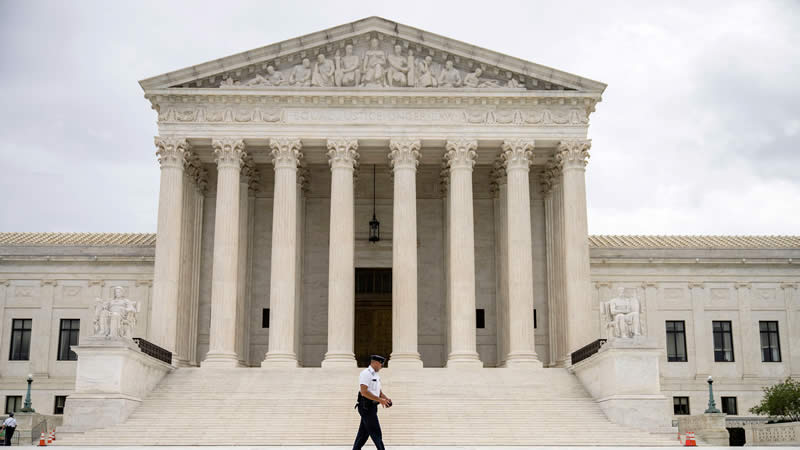 The Supreme Court late Wednesday declined to halt a law banning abortions as early as six weeks of pregnancy in the second largest state Texas, allowing the nation’s most restrictive measure to remain in effect.

The court voted 5-4 early Thursday to deny an emergency appeal from abortion providers and others that sought to block enforcement of the law that went into effect Wednesday.

The Texas law, signed by Republican Gov. Greg Abbott in May, prohibits abortions once medical professionals can detect cardiac activity, usually around six weeks and before most women know they’re pregnant.

“In reaching this conclusion, we stress that we do not purport to resolve definitively any jurisdictional or substantive claim in the applicants’ lawsuit. In particular, this order is not based on any conclusion about the constitutionality of Texas’s law, and in no way limits other procedurally proper challenges to the Texas law, including in Texas state courts,” the court said in the unsigned order.

Texas lawmakers wrote the law to evade federal court review by allowing private citizens to bring civil lawsuits in state court against anyone involved in an abortion, other than the patient. Other abortion laws are enforced by state and local officials, with criminal sanctions possible.

After a federal appeals court refused to allow a prompt review of the law before it took effect, the measure’s opponents sought Supreme Court review.

Texas has joined 12 other states with laws banning abortions at early stages of pregnancy, known as “heartbeat bills” because they seek to outlaw the procedures after a fetal heartbeat can first be detected. Federal judges have stopped those other state laws from taking effect.

But the Texas law differs from the others with its enforcement scheme: Under the measure, private citizens are allowed to bring civil lawsuits in state courts against abortion providers or anyone who helps women obtain an abortion, including a person who brings a woman to a clinic or provides financial assistance.

If a suit is successful, the plaintiff is entitled to at least $10,000 from the violator of the law.