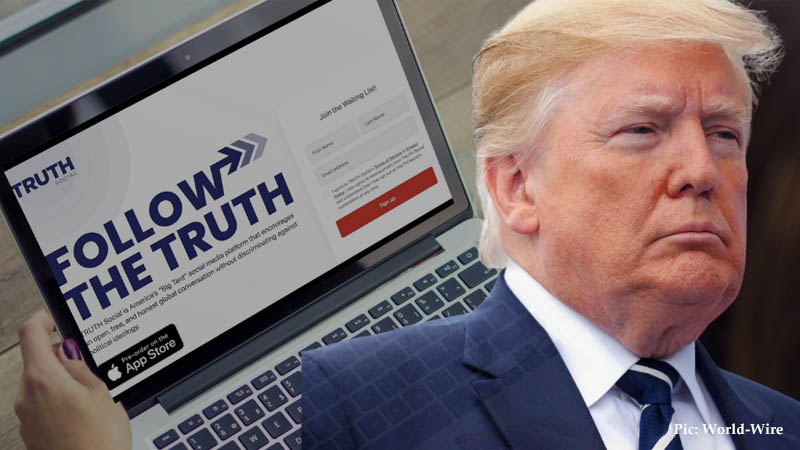 This was just posted on Twitter. I’m sharing it with the caveat that it’s likely that a troll has hacked Donald Trump‘s Truth Social account. This isn’t the first time this has ever happened over there. So have a look at this and keep in mind that it could be taken down and discredited in a matter of hours.

In the meantime, it has a red checkmark. We’ll take that with a grain of salt until we have additional information.

I can’t see why Joe Biden would ever agree to meet with Donald Trump, let alone at the White House. As a result, the story here will most likely center around Trump’s account being hacked and Truth Social being embarrassed once again.

Keep an eye out for updates. I’m anxiously checking Twitter to see whether anyone else has noticed this. I’ll come up with an explanation as soon as I can. It goes without saying that if Trump or someone with access to his account advertises a meeting, it will be a big story. It will be a story if it is a troll or a hacker putting up a bogus story to embarrass Trump and his faltering social media site.

Right now, Trump is the only person on Truth Social who is allowed to discuss on January 6. Anyone else who does so will be permanently barred. Do you find it ironic that the “Truth” Social bans people from discussing the actual truth?

Here’s what I’m talking about.

Here’s the real owner of the title. From Donnie Two Scoops to the lone Truth Social poster who can discuss the date that will live in infamy — no, not Pearl Harbor