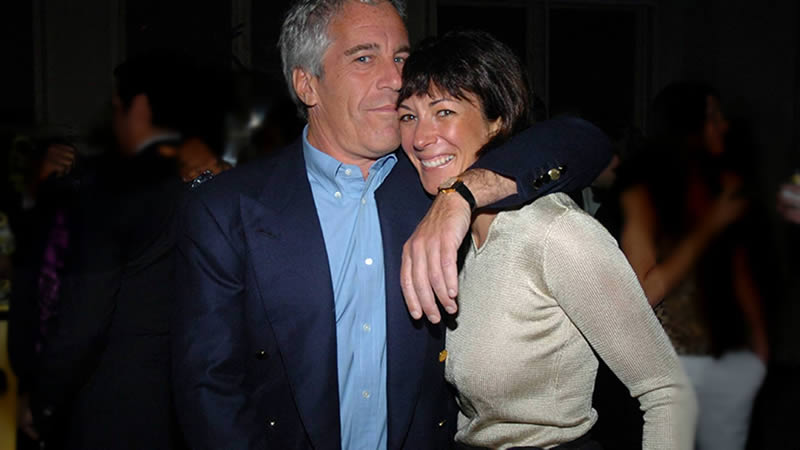 On November 29, the trial of convicted sex offender Jeffrey Epstein’s close confidant Ghislaine Maxwell starts. Maxwell, a 59-year-old British socialite, is on trial for six counts of sex trafficking, including conspiracy to entice minors to travel to engage in illegal sex acts. Will the truth about Epstein’s sketchy schemes be revealed?

On November 18, Rolling Stone reported that Epstein’s alleged madam, Ghislaine Maxwell, appeared radiant and confident during the penultimate pre-trial conference. The American magazine also quoted some of the socialite’s old friends who question whether she is “really the monster” represented in the media and wonder if the government can prove its case.

“I don’t believe, and nobody that’s ever met her believes that she sat in a car recruiting school-age girls. No. Nobody believes that“, a person told Rolling Stone contributor Vicky Ward, a British-born American author.

“Though her father was also flamboyant and, in the end, criminal, Maxwell grew up with people around the world who were and now are powerful”, says Ortel. “It was she who widened Epstein’s circle of acquaintances and not the other way around”.

Ghislaine’s father was British newspaper magnate Robert Maxwell, a former UK Parliament member, and suspected spy. The Guardian notes that the press baron died at the age of 68 after falling from his £15 million yachts, Lady Ghislaine, off the Canary Islands. According to the media outlet, there is still debate over whether it was a suicide or murder committed by foreign intelligence agencies.

“There are suggestions that Robert Maxwell and others had deep ties with foreign intelligence services, including in the UK and in Israel”, remarks Ortel.

Similarly, Ghislaine’s associate Epstein–whose suicide has ignited much speculation–was rumored to be working with the Israeli intelligence agency Mossad to blackmail the wealthy and powerful.

“As a guess, multiple intelligence services were aware of the true nature of Epstein’s dealings and did not stop them long ago when they should have done so”, the Wall Street analyst presumes. “Why did so many wealthy people travel to and with him, often in the company of young and vulnerable women? The simplest answer is likely that he was a grifter who served as yet unknown masters or mistresses who acquired outsized influence by tempting celebrities who should have not been so willing to succumb to temptation”.

The lack of media coverage of the Epstein-Maxwell case has caught the interest of many observers. “In 2021, why is there not a Livestream of every single moment of this trial?” begins to wonder Jason Goodman, an investigative journalist and the founder of Crowdsource the Truth.

“Fairly covered, the Maxwell trial should attract far more focus than the Rittenhouse trial because the alleged crimes that happened for years around the world are lurid, and potentially touch so many powerful men and women who should have seen through Epstein from the start”, Ortel says.

According to the Wall Street Journal, the sudden and unexpected change in tone and pitying Maxwell in the press is notable. However, “pitying Ghislaine is like pitying Bonnie and arguing that a crime wave was all the fault of Clyde”, he says.

Goodman does not rule out Maxwell being deliberately shielded by the corporate media: “Readers should google ‘Robert Maxwell Rupert Murdoch’ and take note of the decades-long, extremely close relationship those men had”, Goodman says referring to Murdoch’s media empire News Corporation.

“This story gets to the heart of a dark and dirty secret of the intelligence community that would seem to span nations and generations”, says the founder of Crowdsource the Truth. “The major news outlets are owned by people who work in lockstep to hide things that do not advance their agendas”.

Do Rich & Powerful Have Anything to Fear?

Despite the fact that the rich and powerful have been seen on numerous occasions rubbing shoulders with millionaire pedophile Epstein and his alleged madam, Goodman believes that anyone of significance has nothing to fear from the outcome of the upcoming trial.

Aside from the surprisingly scant coverage of the case and the lack of up-to-date photos and video footage of the defendant, the investigative journalist mentions federal prosecutors’ refusal to offer Maxwell a plea deal.

“In a conspiracy case, a lower-level participant might be offered immunity or some sort of reduced sentence in exchange for testifying against higher-level conspirators”, says Goodman. “Perhaps if they think Maxwell is the top of the pyramid, they might prefer to prosecute her but even then, I think prosecutors usually try to guarantee a win by getting a defendant to plead guilty in exchange for a shorter trial and more lenient sentence. On the other hand, it could also be another signal that the prosecutors already know the case will be a charade intended to make people like Bill Clinton and Prince Andrew look good”.

While Maxwell is likely to know a lot about Epstein’s “business” “ratting out co-conspirators places her in danger” according to Ortel.

“Ghislaine Maxwell and her team may believe they have a better chance protecting the powerful by not implicating them, and then fighting at trial to paint Epstein as the true criminal mastermind, and Ghislaine as merely a ‘Sloane Ranger’ party animal, along just for a jolly good time”, the Wall Street analyst suggests.

Yet, according to Ortel, she appears to be well aware of Epstein’s murky deeds. He mentions Maxwell has started work with Epstein in the 1990s and expanding her work with him after he was released from house arrest in 2008 after being convicted by a Florida court of procuring a child for prostitution and soliciting a prostitute.

Time will tell whether Maxwell’s trial will provide answers to the questions raised during the litigation, which was abruptly terminated by Jeffrey Epstein’s controversial suicide. Still, Jason Goodman is optimistic about the outcome, predicting a Southern District of New York cover-up.

Biden Launching Urgent Campaign for Americans to Get COVID-19 Booster Shots
Stacey Abrams is still Lying about the Georgia Election, she Refused to Accept Defeat