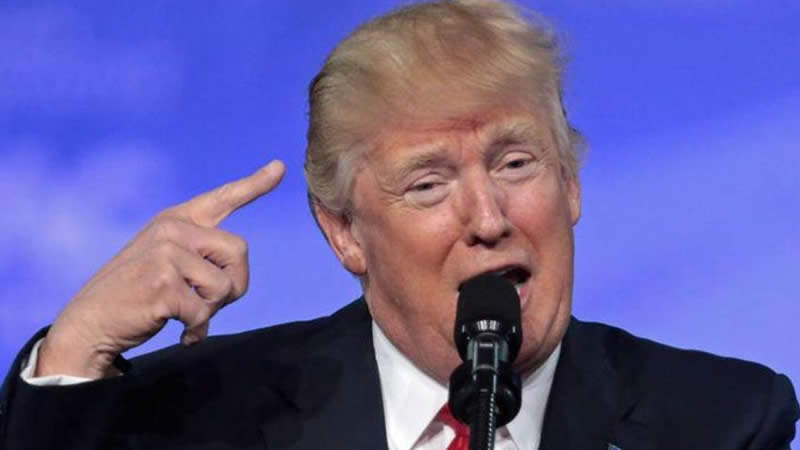 Former President Donald Trump appeared on the conservative YouTube channel Right Side Broadcasting and expressed his dissatisfaction with NBC and Comcast executives.

Trump was asked about his intentions to run for President again in 2024 and told the host he’d be “very happy.” He then added “I won’t make a comment now because of campaign finance rules and regulations. I’m not allowed to because everything changes.”

As S.V. Date commented on Twitter, “The day he announces, his $100 million slush fund is no longer a slush fund. Right now he can spend that money on pretty much anything he wants.”

As the interview wraps up, Trump expresses gratitude to RSB for the support he has received from the very pro-Trump media outlet, suggesting that it was mutually beneficial because access to, and promotion of, the 45th president has helped raise RSB’s profile. Trump then shifted his focus to cable news networks, which have covered his time in office in and out of office.

“The good news is that the ratings of CNN and MSNBC, which is just a terrible group of people, that whole NBC group and Comcast group, these are terrible people, terrible human beings … they’re just disgusting,” Trump told his host.

After hitting the old chestnut of “hoaxes” that the media has covered, Trump said, “if you look at CNN and MSNBC, their numbers are down the tubes, and that’s a good thing.”

“But these are bad people over at Comcast,” he continued.

Trump has long chastised those in the media whom he believes are prejudiced against him, but…terrible human beings and disgusting? In these hyperpartisan times, that’s a new level of animus that some may regard as irresponsible, if not dangerous.