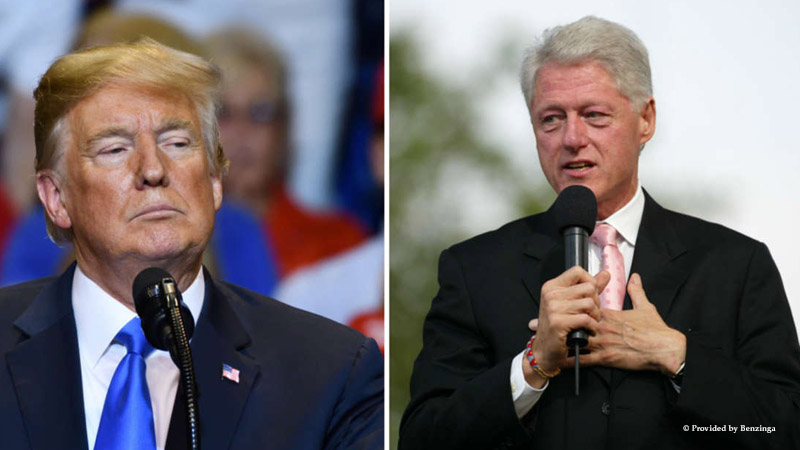 When asked a question on a late-night talk show, a former president took a dig at another previous president. What happened: Former President Bill Clinton was a featured guest on “Late Late Show With James Corden” in June.

The economy, foreign relations, and aliens were among the key topics discussed by the duo. Corden also invited Clinton to participate in a segment dubbed “Ask a President,” in which members of the audience and staff posed questions to the former president.

The show, which broadcast on the Paramount Global-owned channel CBS, saw Clinton answer questions like what makes a good leader, the greatest plant-based milk, and if we could see a female president.

Clinton said that we will very likely see a female president, a Latino president, and a gay president over the coming years. For a question about fictional presidents, he answered: “I like Tony Goldwyn, I like Martin Sheen, I liked Michael Douglas, I loved Harrison Ford and Morgan Freeman and Donald Trump.”

Trump was the 45th President of the United States. Trump beat Hillary Clinton, Bill Clinton’s wife, in the 2016 election.

Hillary Clinton and Donald Trump have a long-standing feud, which is likely what inspired Clinton’s remarks on the late-night talk show. The remaining people mentioned by Clinton represented presidents in movies or television shows.

Hillary Clinton has ruled out running for president again, while Trump started his presidential campaign for 2024 on November 15.