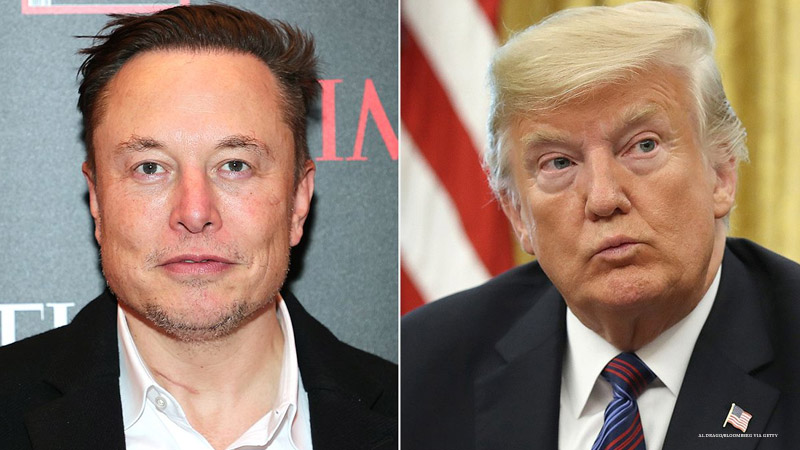 The billionaire just recently let the controversial mogul-turned-politician back on Twitter after his takeover after putting the subject to a public vote.

Mr. Trump went on a rant on his own social media network, Truth Social, in response to the so-called “Twitter files” regarding a laptop allegedly belonging to Joe Biden’s son, Hunter.

The computer has been a point of contention for the American right, who have claimed that information found on the system brought in for repair but apparently never collected would damage Joe Biden’s reputation.

The incident sparked conspiracy theories and has been a source of contention for Mr. Biden’s opponents, with conservative media focussing on the affair in particular.

However, Twitter provided internal records about the platform’s decision to block access to a New York Post piece about the laptop two years ago, revealing that it deleted certain Tweets after Mr. Biden’s campaign staff contacted it.

Mr. Trump promoted the “Twitter files” on Truth Social, despite the fact that the Federal Electoral Commission earlier determined that Twitter had violated election regulations.

“So, with the revelation of MASSIVE & WIDESPREAD FRAUD & DECEPTION in working closely with Big Tech Companies, the DNC, & the Democrat Party, do you throw the Presidential Election Results of 2020 OUT and declare the RIGHTFUL WINNER, or do you have a NEW ELECTION?

“A Massive Fraud of this type and magnitude allows for the termination of all rules, regulations, and articles, even those found in the Constitution.

“Our great ‘Founders’ did not want, and would not condone False & Fraudulent Elections!”

But Mr. Musk hit back on Twitter: “The Constitution is greater than any President. End of story.”

Mr. Musk, the world’s richest man and CEO of Space X and Tesla, has taken steps to reform Twitter in order to regain sponsors and increase subscribers.

His takeover has been heavily criticized due to large cutbacks and his desire to impose a “hardcore” work culture on remaining staff.

He has had a tumultuous history with Mr. Trump, previously serving on advisory groups to the president. Mr. Trump, on the other hand, turned on him after Mr. Musk stated that he had never voted for the Republican Party.

Mr. Musk unbanned Mr. Trump from Twitter, the ex-president had been suspended following the Capitol rioting – after a public vote in November concluded in favor of his restoration.

Mr. Trump was a frequent user of the platform, but he no longer is.