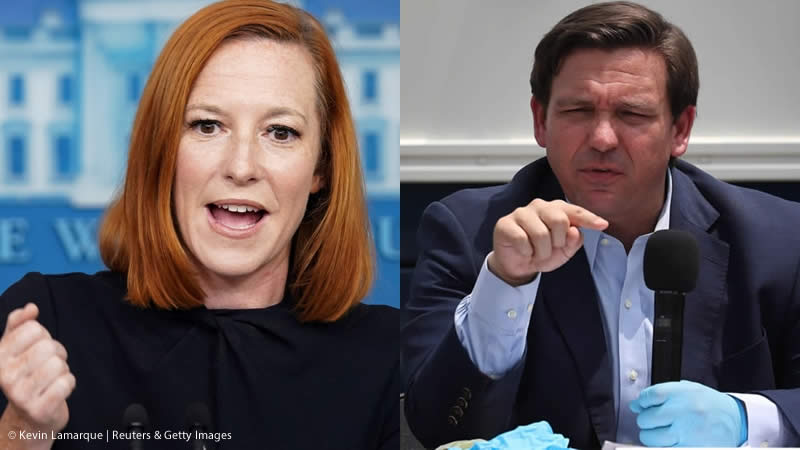 When a reporter asked Psaki whether the Biden administration agreed with that advisory, she replied: “Absolutely not. … We know the science, we know the data and what works and what the most effective steps are in protecting people of a range of ages from hospitalization and even death.”

She stated that the vaccine’s safety and efficacy for children have been confirmed by the FDA and the CDC. While it’s unclear what age group Ladapo’s advice is aimed towards, studies have consistently found that Covid infection poses a minimal risk of severe disease in young children.

Psaki focused her response on adolescent risk, which is higher than that of young children.

Despite overwhelming evidence that they are not a group at risk of serious infection, children have borne the brunt of pandemic mitigation measures, such as masking for seven hours a day in public schools.

At a roundtable hosted by Governor Ron DeSantis on Monday, the head of Florida’s health department revealed the decision.

“The Florida Department of Health is going to be the first state to officially recommend against the COVID-19 vaccines for healthy children,” Ladapo said at the meeting.

“[There’s] individual rights, individual choice, and truth on one side, and really sort of overarching powers, overarching government, abuse of powers, abuse of data, dishonesty and frankly, a lot of unethical behavior on the other side,” he added.

On several Covid-19 policies, Ladapo has echoed DeSantis, blasting the Biden administration in recent months for limiting the release of specific monoclonal antibodies.

Despite the fact that many European countries have expedited and increased vaccine access to almost all age groups in their populations, Sweden decided in January that it will not recommend vaccines for children aged five to eleven since the risks outweighed the benefits. In Germany, the vaccine is only recommended for children aged five to eleven who have pre-existing medical conditions.