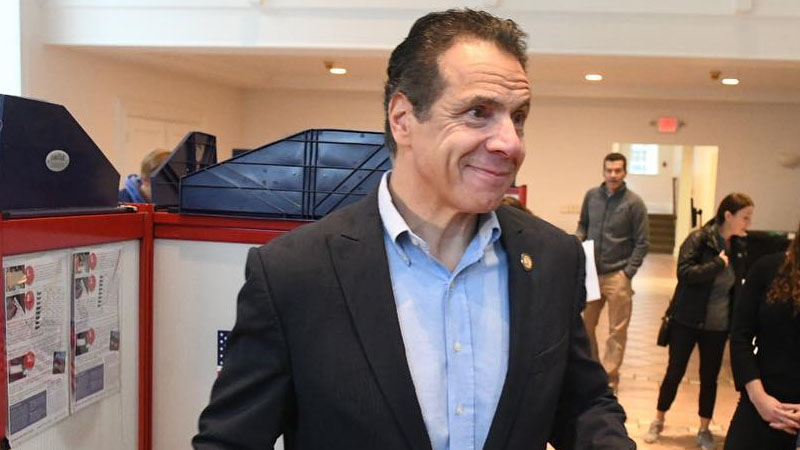 Andrew Cuomo, a sexual predator and the governor of New York, spoke out at an emergency press conference on Tuesday about the findings of Democratic Attorney General Letitia James’ inquiry, which found Cuomo guilty of sexual misconduct.

Cuomo, who refused to resign during the press conference, disputed the allegations of sexual assault, claiming that “the facts” differ from what the media reports.

Cuomo tried to justify his conduct during the press conference by saying, “I do it with everyone.”

According to Smart Zune, Cuomo said, “The New York Times published a front-page picture of me touching a woman’s face at a wedding and then kissing her on the cheek,” “That is not front-page news. I’ve been making the same gesture in public all my life. I actually learned it from my mother and from my father. It is meant to convey warmth.”

“I do it with everyone,” he said. “Black and white. Young and old. Straight and LGBTQ. Powerful people, friends, strangers, people who I meet on the street.”

According to The Daily Wire:

Cuomo addressed one of the sexual assault accusations leveled against him by his former employee Charlotte Bennett. Bennett claims that Cuomo questioned her about her sex life, including if she was in a monogamous relationship and whether she would contemplate having a sexual relationship with an older guy.

In addition, the Governor showed a slideshow of himself kissing and caressing men and women in public. He claimed that he uses these “gestures” to show “warmth” to everyone.

Cuomo refused to resign, claiming that he had engaged an “expert” to redesign the sexual harassment training for the New York state government. He also blamed “politics” and “bias” for the accusations made against him.