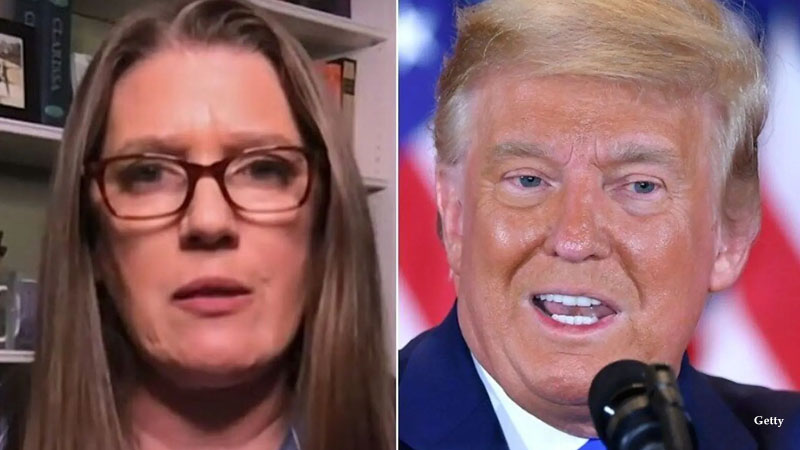 Like the rest of us, Mary Trump finds it hard to comprehend that so many people were willing to break the law for her uncle Donald Trump, who is both blatantly corrupt and clearly a nasty person. Mary, however, is able to interpret everything that has transpired in a way that no one else can because she knows Trump personally and is related to him in a way that the rest of us do not.

Mary Trump made the claim that none of these witnesses who testified during the hearings are heroes in an interview with Molly Jong-Fast for the Daily Beast podcast the New Abnormal.

As per HuffPost indeed while we expected Trump to do as he did – refuse to acknowledge the loss and the law – it is shocking that the people around him were willing to go to such lengths:

“The silence, the enabling, their continuing to admire him is so egregious and almost incomprehensible.”

Although some have compared it to mass psychosis, it appears to be considerably more profound. The Trump movement and its adherents have frequently been called a cult. Not at all. More so than a cult, it is a religion. Just as a charismatic Christian identifies as such and bases their lives, activities, and identity around their religion, so it is with MAGA. The movement has become these people’s own identity. Since the religion has already been baked in, no congressional hearing will be able to remove it.

Mary Trump is aware of this, which makes her worry about Trump’s mental health and how it may affect the lives and health of those close to him even more:

He is addicted to being at the center of attention. I’m sure he’s as riveted by these hearings as we are, but incompletely different ways. And for him to feel that the focus is shifting away from him or that he’s losing power will make things even worse because he won’t confront that and process it and deal with it. He will bury it and therefore worsen his situation.”

“I can only imagine what it’s like to be anywhere near him right now. I’m sure the temper, the out-of-control narcissism must be just unspeakably difficult for people around him to deal with. Not that I have any compassion for any of them at this point, but yeah, it’s only gonna get worse from here.

This website has revealed that the GOP is already putting together what essentially amounts to a shadow government in preparation for taking power on January 20th, 2025. We described this as being so presumptuous and assured in its vision that it approaches paranoid.

They seem to “know” that they will be in the office by 2025. Everybody should experience a shudder of fear and resolve to prevent it from happening at all costs at the mere thought that the person who may be assuming office is Trump, someone who is so enraged, someone with such a lust for vengeance, someone committed to never letting himself be vulnerable to the law or consequences ever again.