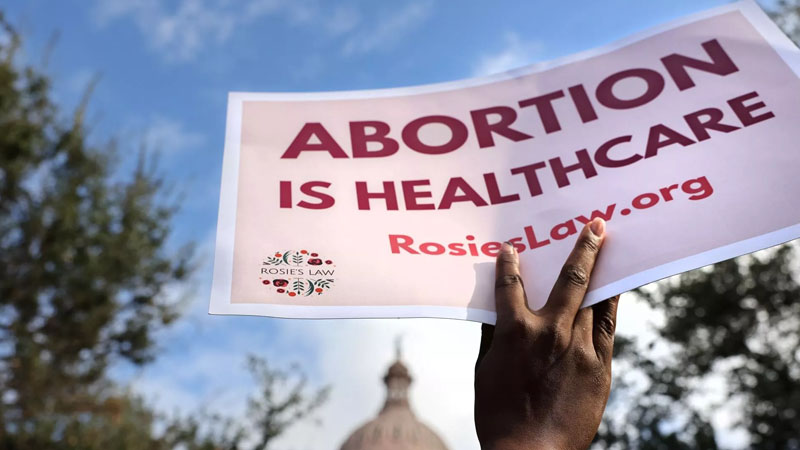 After the Justice Department argued that Senate Bill 8 was meant “to prevent women from exercising their constitutional rights,” U.S. District Judge Robert Pitman ordered a preliminary injunction to suspend implementation of the abortion ban.

“Fully aware that depriving its citizens of this right [to an abortion] by direct state action would be flagrantly unconstitutional, the State contrived an unprecedented and transparent statutory scheme to do just that,” Pitman wrote in his opinion.

He added, “From the moment S.B. 8 went into effect, women have been unlawfully prevented from exercising control over their lives in ways that are protected by the Constitution. That other courts may find a way to avoid this conclusion is theirs to decide; this Court will not sanction one more day of this offensive deprivation of such an important right.”

White House Press Secretary Jen Psaki stated that the decision “is an important step forward toward restoring the constitutional rights of women across the state of Texas. S.B. 8 not only blatantly violates the right to safe and legal abortion established under Roe v. Wade, but it creates a scheme to allow private citizens to interfere with that right and to evade judicial review. The fight has only just begun, both in Texas and in many states across this country where women’s rights are currently under attack. That’s why the President supports codifying Roe v. Wade, why he has directed a whole-of-government response to S.B. 8, and why he will continue to stand side-by-side with women across the country to protect their constitutional rights.”

Texas first passed Senate Bill 8, by Planned Parenthood “one of the most extreme abortion bans in the U.S”.

The Justice Department sued Texas on Sept. 9 after the Supreme Court declined to block the law in a 5-4 decision.

“The act is clearly unconstitutional under long-standing Supreme Court precedent,” Attorney General Merrick Garland said at a news conference announcing the lawsuit, per The Associated Press.

Last month, abortion rights activist Anna Rupani of Fund Texas Choice said on the PEOPLE Everyday podcast that she is worried that the new limitations will affect the entire country.

“We’re hearing that other states want to see how long this plays out, and can they create just as restrictive laws in their own states,” she explained.