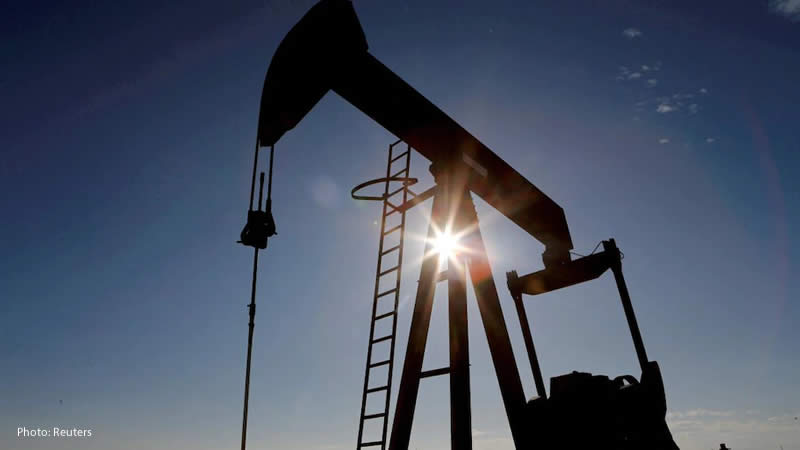 After Russian President Vladimir Putin recognized the independence of rebel-held regions of Ukraine, oil prices about 5% and stock prices fell, raising fears of a full-scale invasion.

Russia is a significant energy producer, and the tensions over Ukraine have resulted in dramatically changing energy prices, on top of the risks of a larger conflict.

Oil prices had recently risen to their highest point since 2014. The rise in the price of U.S. benchmark crude oil had slowed marginally by early Tuesday. In electronic trading on the New York Mercantile Exchange, it was up around $3, or 3.5%, to around $94 per barrel. Brent crude, the international benchmark for crude oil, gained $4.50, or over 5%, to around $98 per barrel.

Although the United States was closed for Presidents Day on Monday, markets in Europe and Asia shuddered as Putin strengthened his hold on Ukraine’s rebel regions, sparking fears of a full-scale invasion.

These acts have destroyed hopes of averting a conflict that might result in large casualties, energy shortages on the continent, and world economic chaos.

The United States and the European Union have criticized Russia and are preparing to respond with penalties. Germany put the approval process for the Nord Stream 2 project, which would supply Russian natural gas to Europe, on hold on Tuesday. Western governments have feared that Russia will use conflicts in Ukraine’s eastern regions as a pretext for an attack on the country’s democracy, which has rejected Moscow’s attempts to entice it back into its orbit.

Putin’s actions to bring separatists in eastern Ukraine under Moscow’s control received no support from members of the United Nations Security Council during an emergency meeting Monday night.

The biggest losses have been in Russia, where the MOEX index fell 5% on Tuesday after falling over 11% the day before.

The turmoil in Ukraine has added to investor concerns about how the world’s central banks, particularly the US Federal Reserve, will respond to rising inflation, while coronavirus outbreaks fueled by the highly contagious omicron strain cast a pall over several countries.

“Indeed, a full-scale invasion of Ukraine by Russia will leave many central banks with itchy hiking trigger fingers in a quandary,” Jeffrey Halley of Oanda said in a report.

Many Asian economies rely on oil and gas imports, and even if they don’t come from Russia, the spillover effects on international markets would drive up energy prices at a time when many countries are still recovering from the pandemic.

“Crucially, while Russia may not be the most prominent source of direct energy imports for (emerging markets in) Asia, its sheer heft as a global producer/exporter means energy shocks emanating from Russian supply disruptions will nevertheless be disproportionally large,” Mizuho Bank’s Vishnu Varathan said in a report.

“So, Ukraine risks are consequential one way or another,” he said.

Russia exports coal to India and Vietnam and is the fourth-largest supplier of oil to South Korea, Varathan said.

First Lady Dr. Jill Biden is Redecorating Her East Wing Office with Mark Sikes: where she can hold larger meetings and host guests
“Problem Is Not That Putin Is Smart, But Our Leaders Are So Dumb”: Trump