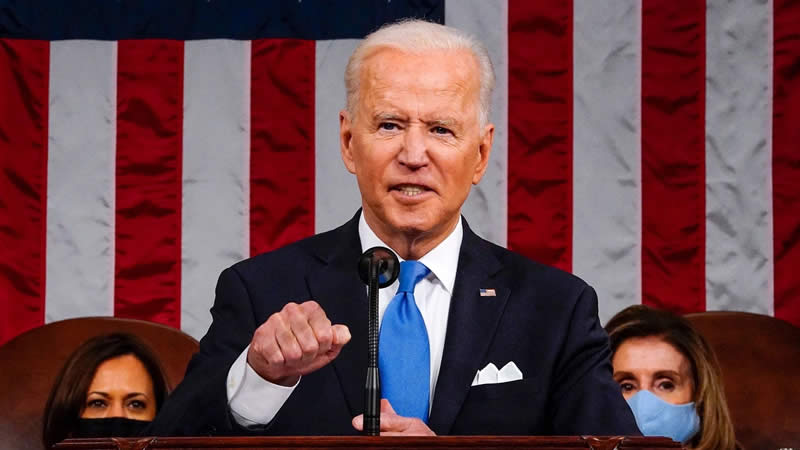 Biden is good at one thing: performing a terrible job, and he’s about to create another national disaster.

There will soon be a lack of public servants from sea to shining sea. Vaccine mandates are causing police officers, firefighters, correctional officers, and even teachers to leave their jobs.

According to reports, almost one-third of New York City’s fire department is ready to go on unpaid leave as a result of Mayor DeBlasio’s vaccine mandate. As a consequence of their refusal to comply with DeBlasio’s order, 26 firehouses in the city have closed.

Six stations in Manhattan, nine in Brooklyn, three in Queens, four in the Bronx, and four on Staten Island were closed “due to no manpower,” according to the FDNY. Now, the city is begging for volunteers, sending out an email to fill the positions of up to 4,000 workers who may be terminated.

“Good morning all,’ the email read. ‘We need to start identifying members of the service who are active volunteer firemen in both Long Island and Upstate counties in anticipation of the impending shortage for the FDNY due to COVID-19 vaccine mandates. On voluntary only basic operations is looking to have qualified members on standby to backfill firehouses if necessary. Please get back to me as soon as possible with rank, years of fire service, and training qualifications.”

Los Angeles County Sheriff Alex Villanueva has issued a warning to the county that a “mass exodus” is coming due to a county mandate.

“I have repeatedly stated the dangers to public safety when 20%-30% of my workforce is no longer available to provide service, and those dangers are quickly becoming a reality,” Villanueva said in a prepared statement that he posted on social media last week. “We are experiencing an increase in unscheduled retirements, worker compensation claims, employees quitting, and a reduction in qualified applicants.”

As a result, crime is on the rise, including the county’s homicide rate.

The United States is also facing a shortage of correctional staff, who are also fed up.

“There are dozens of reasons to leave and very few to stay,” said Brian Dawe, national director of One Voice United, a nonprofit supporting corrections officers. “Understaffing, poor pay, poor benefits, horrendous working conditions. … Officers and their families in many jurisdictions have had enough.”

Moreover, the Administration’s inability to manage to message has left it looking more incompetent than ever.

“It’s generally recommended that you get the booster that is the original regimen that you got in the first place,” Fauci said.

They admitted that mixing vaccines is allowed, but sticking with your original brand is preferable. However, two hours later, CDC Director Dr. Rochelle Walensky contradicted Fauci on vaccine mixing.

“We will not articulate a preference,” Walensky said.

The split between Fauci and Walensky shows how many factions exist inside the government, and they are just doing what they want because Joe is a terrible leader.

Joe Biden has been president for about a year, and he is responsible for everything that is happening right now, and he is on the verge of causing another national crisis.