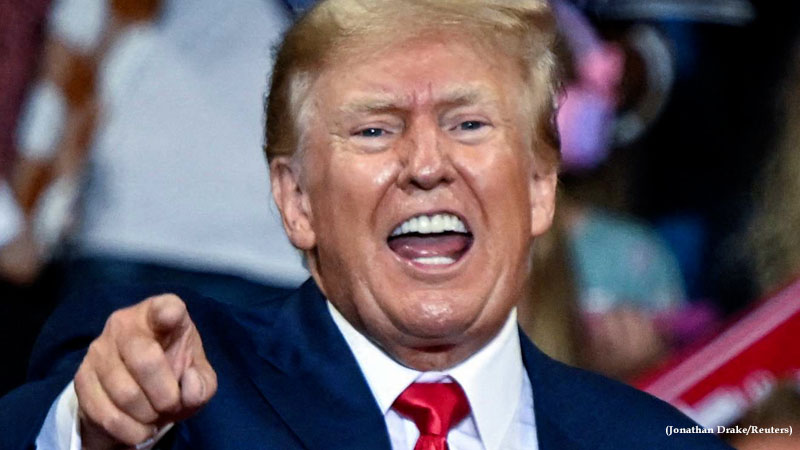 Donald Trump considered revealing the identities of confidential official sources from his first impeachment, according to a shocking new report.

Asawin Suebsaeng and Adam Rawnsley reported for Rolling Stone, “the final days of his presidency he repeatedly threatened to out government sources involved in the Trump-Russia investigation, an anti-Deep State revenge fantasy he still obsesses over to this day, according to two former senior Trump aides and another person familiar with the matter.

One of these sources tells Rolling Stone that in the days after the Jan. 6 Capitol riot, the then-president, sometimes while brandishing pieces of paper, would loudly complain that none of the identifying facts in the highly sensitive Russia documents should be blacked-out.

Trump would insist, the source says, that it should ‘all be out there so that the American people could see the truth of who ‘did it to the president.”

Intelligence officials finally told Trump out of revealing the identities of the sources.

According to one source, Trump’s obsession with the subject is ongoing.

“The former president, the source says, still sporadically talks about the need to get ‘the names’ out into the public record,” the magazine reported.

“Trump’s threats to outsource were part of a broader push during the chaotic end of his presidency. In December of 2020, as the odds against a successful overturning of the election grew longer, Trump and his chief of staff Mark Meadows pushed the Justice Department to declassify a binder full of records related to the FBI’s 2016 Russia investigation.”

The binder was never fully released.

“The former president reportedly tried to barter with the National Archives to hand back presidential records held at his Mar-a-Lago residence in exchange for the release of an unspecified batch of documents he believed would reflect poorly on the FBI’s 2016 Russia investigation, according to The New York Times.”