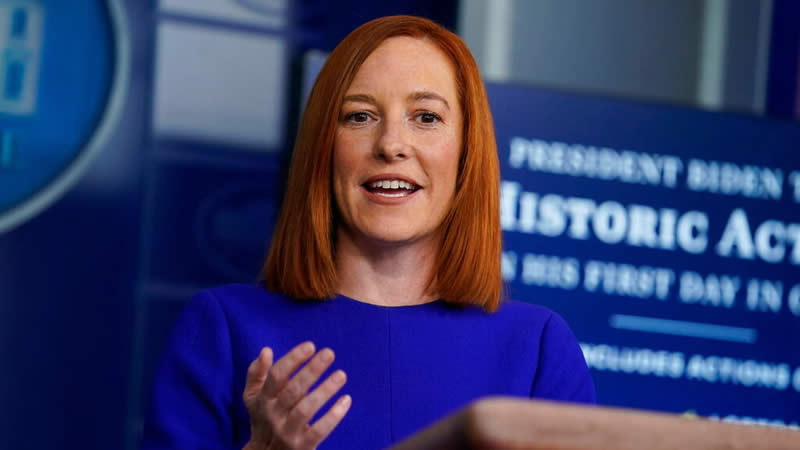 White House press secretary Jen Psaki claimed Monday that the Biden administration had no intention of arming the Taliban with billions of dollars in military equipment to the Afghan government, but that the United States was taking steps to reduce “the amount of equipment to reduce. “It is in the hands of the Taliban before they complete the withdrawal at the end of the month.

Answering questions at the White House press conference on Monday, Psaki declined to “get into details” of how specifically U.S. forces are carrying out the equipment destruction or recovery but assured reporters “that is part of their effort.”

Rep. Jim Banks, an Indiana lawmaker who chairs the Republican Study Committee and served in Afghanistan, estimated the value of what was left behind at $85 billion.

The top White House spokeswoman outlined a series of choices the U.S. made that led to Taliban forces obtaining American-supplied equipment.

“We had to make an assessment several weeks ago about whether we provide materials to the Afghan National Security Forces so that they could fight the fight. Obviously, they decided not to fight, and we made the decision to provide them with that equipment and the material,” she continued. “We have not assessed that any group on the ground, whether it’s ISIS-K or the Taliban, has the ability to attack the United States.”

Psaki added, “There’s a difference between the threat that is posed to U.S. men and women serving or people who are gathering outside of the gates in Kabul and whether these individuals can attack the United States.”

“Our objective was not to leave them with any equipment, but that is not always an option when you are looking to retrograde and move out of a war zone,” she concluded. “We are not going to do anything that’s going to allow terrorists to grow or prosper in Afghanistan or any terrorist organization. That continues to be the president’s commitment, and his order to his U.S. military over the past several days and the actions that CENTCOM has announced shows that he’s going to deliver on that promise.”