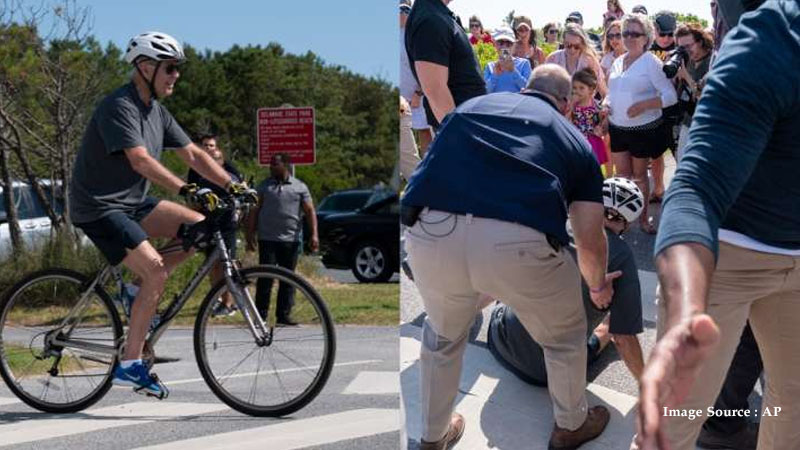 Just as he rounded the corner to approach the pack, who wished him a happy Father’s Day, the President spilled over and fell from his bike.

On Saturday morning, President Biden started a bicycle ride around 8:30 am in Cape Henlopen State Park in Rehoboth Beach, Delaware, in the center of a group of security agents.

He began to break away from his group, which included Dr. Jill Biden, after nearly an hour and pedaled up to a group of supporters who were chatting with reporters.

They were all holding their cameras and phones out, hoping to catch a glimpse of the Commander-in-Chief. The President, however, spilled over and fell off his bike just as he rounded the corner to reach the pack, who wished him a happy Father’s Day, according to The Guardian.

Biden barely made it to the ground before springing to his feet, aided in part by onlookers. He stood up and reassured everyone who had rushed to help him that he was alright. “I’m Good!” Before pedaling away, he retorted. He had no visible cuts or bruises, according to reporters.

After the fall, a White House official reported that his foot got trapped on the pedal when dismounting, just as the President had stated on the scene. Biden didn’t need to see a physician.

The Bidens are in Rehoboth Beach for the holiday weekend. The couple celebrated their 45th wedding anniversary on Friday.