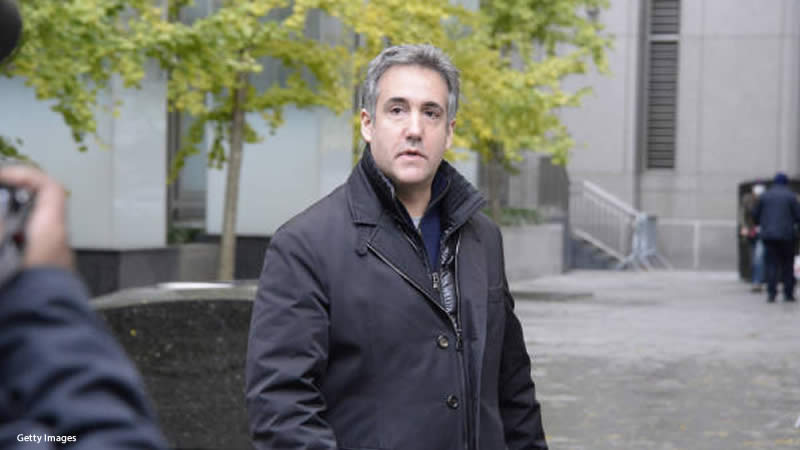 Former President Donald Trump’s daughter Ivanka is withdrawing from politics because she and her husband, Jared Kushner, may be cooperating with the FBI, according to Michael Cohen.

“I believe Jared and Ivanka potentially were the moles in terms of the Mar-a-Lago documents and so on,” Cohen, Trump’s one-time personal lawyer, and fixer, told MSNBC on Saturday.

“And it would be very interesting to have, let’s say, the son-in-law, the daughter who are FBI informants — DOJ informants — acting as senior members of a campaign or an administration if he should somehow manage to slide back in,” Cohen said.

Cohen has previously hinted that one of Trump’s children may be cooperating with the FBI. The Justice Department is looking into whether Trump violated any of three federal laws, including the Espionage Act, by storing confidential materials at his Florida home.

Cohen previously stated in August that a probable informant cooperating with the FBI during the agency’s operation at Mar-a-Lago is “definitely a member of his closest circle.”

“I would not be surprised to find out it is Jared or one of his children,” Cohen told Insider.

Cohen used to be a member of Trump’s closest circle. He pled guilty to offenses such as tax evasion, campaign finance violations, and bank fraud in 2018. He was sentenced to three years in jail in December 2018 and was disbarred by the New York Supreme Court in February 2019.

Kushner, for his part, has categorically denied being a DOJ informant.

Ivanka Trump was conspicuously absent from her father’s 2024 campaign launch at Mar-a-Lago on Tuesday night. She later issued a statement in which she stated that she will support him “outside of the political arena.”

“I love my father very much,” her statement read. “This time around, I am choosing to prioritize my children and the private life we are creating as a family. I do not plan to be involved in politics.”

According to The New York Post, Ivanka’s absence from Trump’s 2024 announcement occurred after Trump repeatedly tried to persuade her and Kushner to attend. Ivanka was not there for the campaign kickoff, but Kushner was.

Kushner and Ivanka both served as prominent advisors to Trump. Both, though, have shown their unwillingness to participate in future campaigns. Kushner told Sky News in September that he is “enjoying the private sector” too much to return to politics. Unnamed sources informed CNN in November that Ivanka is “done” with politics and would never be her father’s senior adviser again.